Evolution the name of the game

AN evolutionary change in strategy has Australian Mineral and Waterwell Drilling poised to make an impact in a tight market. By Alex Paull - RESOURCESTOCKS* 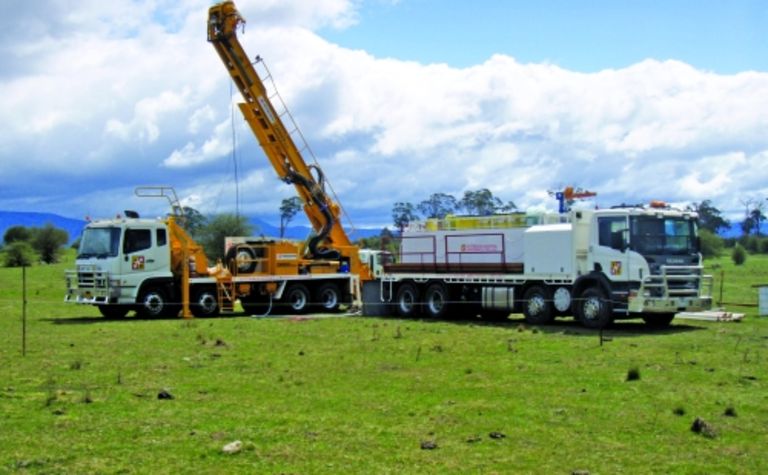 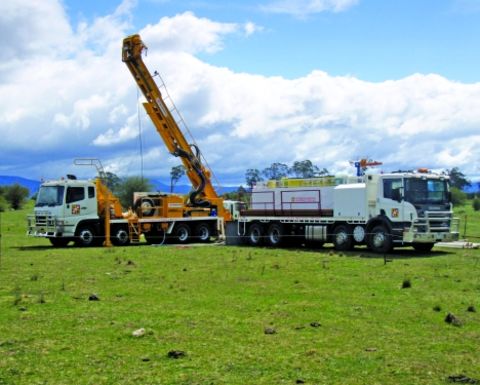 In a strong bid to put daylight between itself and its competitors, emerging Bendigo and Pine Creek-based drilling company Australian Mineral and Waterwell Drilling (AMWD) is undertaking a shift in its business approach.

By better aligning itself with its clients and leveraging off its strong shareholder base, AMWD is creating an advantage over its competitors.

It is this innovative thinking that has taken AMWD from a sole operator with one rig in 2007 to an emerging powerhouse with a presence in almost every state and territory in Australia.

Added to AMWD’s change of strategy is its shareholder base, which boasts prominent names such as John Casella, the managing director of Casella Wines.

The world’s second largest privately owned winery by volume, Casella controls 22% of Australia’s exported bottled wine to the US and crushes 11% of Australia’s total wine crop.

Another shareholder is Roy Spagnolo, a Griffith businessman who owns a successful accounting firm.

“We don’t have a single-format, one-size-fits-all arrangement. Our strength is our ability to listen to our clients and build commercial terms best suited to a project’s requirements,” he said.

Maish is a former director of CIBC Wood Gundy’s Australian arm of the Global Mining Group.

He was a key advisor in financing Andrew Forrest’s Murrin Murrin transaction.

Maish and managing director Vaughan Cullen round out the robust shareholder base, and Maish said the strategy was to optimise the client’s capital management position in financing drilling by assisting them in the budgeting process of their exploration.

“We can do that by structuring their contracts on the pricing. We also can offer stock standard fixed prices or standard industry schedule prices,” Maish said.

“We can then give clients timely budgets and up-to-date daily budgets so they know exactly where they’re sitting in their program.

“And we’re also very transparent, and we’re focusing on creating that long-term alignment.

“So we ask a client what they need financially, on top of their drilling needs, to be able to complete a successful program, and we might be able to assist them in doing that.

“So essentially what we’re doing is a wide range of drill-for-equity-style transactions.”

This evolution in strategy is what sets AMWD apart from its competitors.

The company strategically believes in the client’s own focus, a trait which Cullen said was vital.

Cullen has worked in the contract drilling industry throughout the world – including Australia, Africa, Europe and Asia – for more than 18 years.

And while the perception is that AMWD is just a driller, the opportunity it offers potential clients far outweighs that belief.

“We’re going out there and letting people know that AMWD is not just a driller, we’re in the industry as much as your next explorer or miner,” Cullen said.

And the new approach has reaped rewards for the company.

“It’s been fantastic. If you look at our rig utilisation it is far higher than current industry statistics. So we’re running quite high compared to a lot of our competitors out there,” Cullen said.

Maish added that if AMWD hadn’t changed what it was doing it would potentially be struggling like a number of other drillers in the market, who have limited rigs out.

“Especially in the last four months, the market has been tight, and if you go back a year-and-a-half ago there are now 40% less jobs in our target market,” Maish said.

“So there are a lot of rigs parked up and due to our changed business model we haven’t seen a reduction in our rig utilisation figures.

“But where we do see changes is that nearly 100% of our current jobs over the last four to five months have only been won utilising drill-for-equity-style deals.”

One of the benefits of AMWD’s streamlined operations is that with eight rigs at its disposal and two strategically positioned yards in Bendigo, Victoria and Pine Creek in the Northern Territory, it can move a lot faster than companies armed with tens or hundreds of rigs.

Cullen said the company was now poised for further growth.

“Although we’re small and lean, our mobilisation is quite easy compared to other companies,” he said.

“Subject to the market turning for the better, we’re in the process of implementing another one, and possibly two rigs. We’ve got a couple of rigs here that we want to spend money on to get them back out when the market turns.”

AMWD’s versatility belies a long-held corporate belief of focusing on local-based companies due to the expenses required for outsourcing.

“Because of our two yards and the way we work, that argument goes out the door. We’re on-site, it doesn’t matter where we are corporately based, we can operate anywhere in Australia,” Cullen said.

Maish added that clients can see that AMWD is adding value from the start to the conclusion of the program.

“Thus AMWD definitely helps our clients define scheduling, which then means that we can lower everybody’s costs,” Maish said.

In this current economic climate, diversification and versatility are key aspects of the company’s operations, and AMWD embodies these two traits.

“We’ve got to have good rig diversification, because otherwise you can’t meet the client’s ever-changing needs,” Cullen said.

“We’ve completed a very careful rig selection, so we can satisfy a client with its evolving requirements, and if we want to optimise long-term relationships, we have to be able to drill to the specifications that clients require.

AMWD is actively trying to find sustainability within the mining industry, which is another indicator of the company’s alignment with explorers and miners.

Cullen said that while there was downward pressure on cost, there was always an ongoing need to adjust so as to maintain competitiveness.

“The whole thing is if we don’t remain competitive, which is a real fear in Australia in the current amount of legislation out there, we will see opportunities continue to move elsewhere,” Cullen said.

Speaking of dollar terms, financially the company has never been stronger since the change of strategy.

“From an accounting point of view, the last six months have been the best six months we’ve ever had,” Maish said.

“We’re positioning ourselves to leverage off the increased confidence that will come back into the market. They are factors we can’t control at the moment, but when confidence does come back we will be sitting in a good space.”

In the long-term, AMWD is solely focused on its clients, which Maish believed was a rarity in the industry and again sets it apart from its competitors.

“From a service point of view, too, nothing is too difficult for us,” Maish said.

“If you’re one of AMWD’s clients and you want to do something, we will sit down and talk to the MD and/or chairman and the exploration manager and we’ll work out a strategy on how to drill difficult holes at a fair and competitive price.”

Cullen added that fostering these relationships meant getting in the ear of the clients more.

And using the company’s knowledge and experience could help the client’s performance down the track.

“We can show them where they may have made mistakes in the past, and we’ve got the confidence to speak to any management to know that we’ll be heard,” Cullen said.

One glance at AMWD’S management structure and its management experience, combined with its bold and evolutionary strategy, shows clearly that this is no ordinary drilling company.

*A version of this report, first published in the June/July 2013 edition of RESOURCESTOCKS magazine, was commissioned by Australian Mineral & Waterwell Drilling

Lithium salt on the table 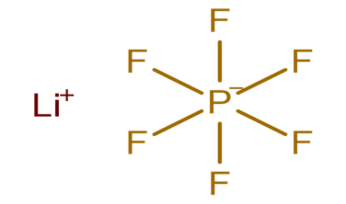 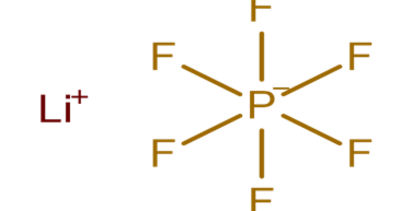 Looking for the game-changer