NZ may be open for mining business again

THE industry has had a rough trot across the ditch. Policies may be changing — and not before time. The Outcrop by Robin Bromby

The 19th century goldfields of Central Otago have long supported tourism business in that part of the South Island. Many small towns there have their museum dominated by old photos of miners and cabinets displaying the equipment they used.

A reserve, expertly signposted, is dedicated to the site near the town of Lawrence, where in 1861, Gabriel Read found 7oz of gold, triggering a stampede out of the city of Dunedin for what were to become the diggings. Before the end of that year, 200,000 ounces of gold had been won at what become known as Gabriel’s Gully — worth &pound;200,000 then, or $A310 million in today’s money.

Yet while the tourists from other parts of New Zealand file through the museums and buy souvenirs, many modern day Kiwis have a far less indulgent attitude to mining.

The industry has also taken hits due to the plunging commodity prices. Hundreds of jobs have been lost and every single mining company is carrying out operational reviews.

Unlike in Australia, the government in Wellington has been prepared to provide help to the strugglers. A $NZ100 million loan was made to coal miner Solid Energy, another $30 million was given to keep the Tiwai Point aluminium smelter operating near the southern city of Invercargill. In Solid Energy’s case, 700 jobs have gone so far this year at the Huntly East mine, which supplies New Zealand Steel.

Gold operations have been mothballed in the South Island, too. In the North Island, gold has been locked up in the ground due to the power of the environmentalists.

And the now Wellington-based Bathurst Resources (still dual-listed here after departing its Perth headquarters) had a two-year battle to get resource consents for its new coking coal mine on the west coast of the South Island, coal that would be exported to India.

Then there was the Pike River tragedy, which further soured the mining industry’s image in New Zealand.

All these issues have been aired at a three-day conference in Nelson held by the New Zealand branch of the Australian Institute of Mining and Metallurgy. Barrister Nicholas Davidson, who represented at the royal commission some of the grieving families of the 29 men killed, told the conference that New Zealand still had an inferior record of health and safety in the mining industry.

But it does seem as if there has been a welcome airing of problems.

And it appears that the National Party-led coalition (there are ministers from the ACT and Maori parties in the government) has at long last decided to try and repair the mining industry. Not before time: the energy and resources portfolio has had four different ministers over the past five years.

At the conference, the latest holder of the portfolio, Simon Bridges, said he had not ruled out streamlining the consents process, which he agreed had hamstrung or delayed several projects.

Getting a resource consent for a mining project now requires satisfying five separate sets of legislation, most of which have appeal processes – making for a legal nightmare for mining companies.

There has been considerable criticism of the present government’s record on mining. As one newspaper commented this week: “Previous ill-timed government announcements on mining around conservation areas and a hurried watering-down of proposed tax increases last year, have left industry players perplexed over the National-led government’s ability to deliver actual benefits for {what the government has termed] its ‘cornerstone’ economic sector”

Putting his money where his mouth was, Bridges also announced he was opening up 8000sq.km in the central North Island, in the Waikato and Bay of Plenty regions, for epithermal gold exploration.

This sent the Greens — who have 14 MPs in the 121-seat House of Representatives — into a frenzy. They said the move would tarnish the country’s clean and green image and its “100% Pure” marketing brand.

Bridges also announced he would be releasing aerial geological data covering the West Coast region in the South Island, which itself has a long history of mining (including huge dredges operating on its main rivers). He said he was keen to encourage exploration there for platinum.

So there’s progress at long last, but it will need much more if New Zealand is going to sustain a mining industry. 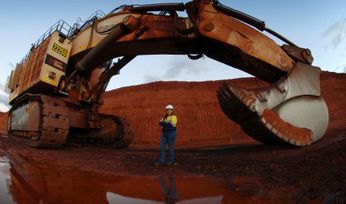 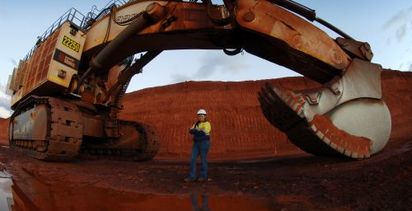