ENVIRONMENTAL approval has been given to GVK-Hancock’s $4.2 billion Kevin’s Corner project in Queensland.

The approval is a boost in the arm for the Galilee Basin, whose prospects looked uncertain because of environmental protests, distance from the port and the low prices that can be expected for its thermal coal.

In late 2011, GVK had acquired a 100% stake in the Kevin’s Corner project in Queensland from Gina Rinehart’s Hancock Prospecting and a 79% stake in the Alpha Coal and Alpha West Coal projects.

When combined, the Galilee Basin projects will create one of the largest coal mining operations in the world, holding total resources of 8 billion tonne and a peak capacity of about 80Mtpa.

Environment Minister Greg Hunt gave an approval decision to construct and operate the Kevin’s Corner coal mine 50km north of Alpha in Queensland.

Construction is expected to start on the Kevin’s Corner project in 2015, with first coal by 2018.

GVK’s Galilee Basin projects will provide jobs to about 7000 people during construction and about 20,000 once operational.

The project also represents a total investment of about $42 billion in tax and royalties to the Queensland and federal governments over the life of the projects.

“In a timely and considered decision, the minister finely balanced the protection of environment with the need for economic investment and job creation,” GVK Hancock said in a statement.

The Kevin’s Corner Project is an advanced coal project and has a mine life in excess of 30 years, with a capacity to produce up to 30Mpta of export quality thermal coal.

The Queensland government had provided environmental clearance in May and the Alpha mine and rail projects in 2012.

Following an assessment process by two levels of government spanning four years, the Federal Environment Ministry gave an approval decision to construct and operate the Alpha Coal Mine and a railway line between the mine and the port at Abbot Point, near Bowen.

In October 2012, GVK received federal government’s approval of its Terminal 3 (T3) Development at the Port of Abbot Point, near Bowen, under the Environment Protection and Biodiversity Conservation Act 1999 (EBPC Act).

“We commend the federal government on its thorough environmental assessment process and its decision to approve this significant project that will create immense employment opportunities,” he said.

“This approval comes as a major milestone towards our goal of becoming the premier and most reliable coal supplier to the world, thus enabling better lives.

“It further strengthens our commitment to deliver world-class infrastructure projects in a timely and responsible manner.”

Kevin's Corner would create 1800 construction jobs and 1600 operational jobs over its expected 30-year... 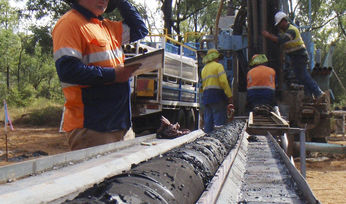 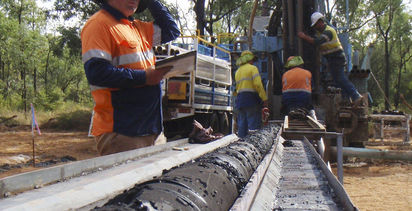