Fan mail to the extreme

WASHINGTON officials are feeling the impact of strong sentiment over the proposed $US643 million Millennium Bulk Terminals complex near Longview – with the Department of Ecology receiving more than 82,000 public comments.

With such a count, it begs the question – how many more will be sent in before the written comments deadline of November 18?

The office is collecting comments along with Cowlitz County officials, where the project will be located it if comes to pass, and the US Army Corps of Engineers.

The groups already had received 50,000 items of input by October 17, when it held the last of five public hearings on Millennium in Tacoma. It will use the input to help it determine the scope of the environmental review of the terminal – a phase that will likely take a year.

If Millennium comes online, it will target 44 million tonnes of coal exports annually.

The scope of review for the project is expected to be released by regulators in 2014; that document will be used as a guideline for Millennium’s environmental impact statement.

Comparatively speaking, Millennium’s mailbox still does not match that of the developers and regulators for the Gateway Pacific dock complex in Wharton County. Officials reportedly received more than 124,000 public comments speaking out on both sides of the project.

Last month, state and federal officials told local leaders in western Washington that the evaluation of the Millennium project was ahead of schedule.

There were initially six planned facilities in the Pacific Northwest region, both on the US and Canadian sides, but tough market conditions and environmental opposition have proven challenging for terminal developers.

The three proposed developments that remain are the Coyote Island project at the port of Morrow, Oregon, Millennium, and the Gateway Pacific terminal near Bellingham, Washington.

Combined, the terminals would have the ability to ship a projected 110Mt of coal to Asia annually.

The operation had been hit with significant ongoing costs. 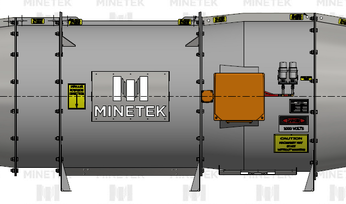 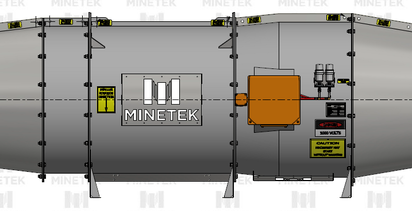