IF YOU are serious about making money from coal, buy shares in a railway operator, a discovery Hogsback made a few days ago and one that should not really be a surprise but is somewhat annoying anyway.

First indication that the Australian coal industry is being unfairly tilted towards service providers, and away from the mining companies, came in a research report from the investment house, Deutsche Bank.

Aurizon, the old Queensland Rail, and Asciano, a big port operator that also owns Pacific National Coal, are the big two of heavy haul transporters in Australia and both are on the buy list of Deutsche thanks to a 13.7% increase in coal shipments from the big miners in the September quarter.

As Deutsche pointed out this was the third successive quarter of double digit growth and while some of that growth was a result of making up for lost production the fact remains that coal production, if not the price of coal, is booming.

Of particular significance was the fact that Deutsche did not recommend any of the coal miners as investment targets. It was only interested in the railway operators who are creaming off fat profits from the extra tonnes moving through the system.

Other investment banks agree with Deutsche. If you want exposure to coal production buy shares in companies hauling the stuff for a handsome flow of fees and charges, rather than the companies taking most of the risk by developing coal mines and digging the stuff out of the ground.

Macquarie Bank also likes Aurizon, but has a neutral ranking on the stock, because its share price has already overtaken the bank’s target of $4.58.

But, at the bottom of the front page of the Macquarie analysis is a pointer to what comes next for the coal haulage operators and the coal miners because the bank has raised the thorny issue of UT4 – a set of draft undertakings made by Aurizon to the Queensland Competition Authority.

A whiff of what’s in UT4 (or the 2013 Undertakings document) was mentioned on Longwalls last month in a report that noted how the Queensland Resources Council was far from impressed by what Aurizon was proposing.

The QRC said that the tariff (fees) proposed by Aurizon for hauling coal could rise by an average of 36% on a dollar per net tonne basis compared to the previous undertaking.

“If approved, Aurizon’s pricing proposals would add $1.2 billion of additional costs on coal companies using the Central Queensland Coal Network over the four years from 2013-14,” the QRC said.

What the QRC started with its attack on UT4 has picked up pace with individual coal mining companies weighing in with their sharp criticism.

According to media reports over the past few days:

The miners, quite obviously are angry with UT4, though what they can do about a near-monopoly operator of heavy haul freight in the Queensland coal sector is questionable.

That is why the investment banks have entered the game, effectively abandoning their interest in coal miners and sharpening their research and investment tips on the sector making serious money from coal: the railway owners.

In a way, Hogsback sees what is happening as a natural twist in the resources world where it was always considered best to “buy the pick-axe sellers” and not the risk-taking miners because there would always be demand for pick-axes whereas a miner might never find anything.

Or, as Macquarie said: “Industry’s rejection of Aurizon’s UT4 application is not surprising albeit it does create some uncertainty around the timing of an agreement”

In other words, the issue is one of timing because Aurizon controls the Central Queensland coal haulage system and it will always be able to charge what it wants – plus a little extra if it can.

Work is also continuing on a definitive feasibility study at Great White. 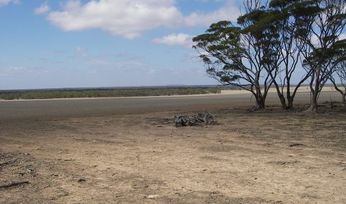 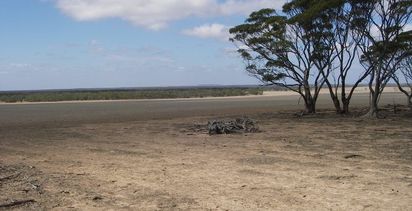