TSX-listed Lara Exploration has signed an agreement to acquire an additional 6.6% stake in Colombian-based producer Carbhid, holder of the Escalones concession in the Boyaca district, which will bring its stake up to nearly 20%.

Company officials said the company investing about $C187,000 ($A191,000) over the next six months to take up its rights as 13.3% shareholder and also buy those shares of some of the founders not participating in this round. That will, in turn, give it ownership of 19.91%.

Lara's initial investment, announced this February, was earmarked for completion of the resource development at El Diamante as well as the excavation of a second inclined shaft, Carbhid 2.

That shaft is nearly complete.

The latest rights issue funds would be invested in better marketing of production from El Diamante and Carbhid 2, the producer said, as well as the development of a third inclined shaft, Carbhid 4, which will access the La Cisquera coal bed.

La Cisquera is 4.5m thick, which will let Carbhid produce on a larger scale.

Lara holds a diverse portfolio of prospects and deposits in Brazil, Peru, Colombia and Chile.

Its shares trade on the TSX Venture Exchange under LRA.

Rio Tinto heavy equipment from the Pilbara to be rebuilt in Geraldton. 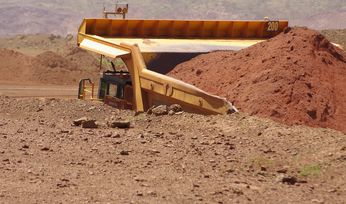