AN inadequate roof control plan played a role in the March death of a continuous mining machine operator in central Utah, says the US Mine Safety and Health Administration.

Elam Jones, 29, was killed the afternoon of March 22 at Rhino’s Castle Valley No. 4 operation in Huntington, Emery County, when a portion of the mine roof fell during retreat mining in the fifth Left C panel as he was operating a CM with a remote control.

In its final investigation report issued Monday, the agency detailed the incident.

“They were taking the second left-hand pillar-lift from the No. 3 entry between the No. 16 and No. 17 crosscuts when they were struck by a section of fallen mine roof measuring approximately 7-8 feet in width by 16ft in length and from 16 to 20 inches in thickness, with an estimated weight of nearly 7 tons.”

Investigators estimated that the entire section of roof material that fell was approximately 20ft long by 25ft wide.

“It should have been apparent to the mine operator that the site-specific roof control plan for retreat mining in 5th Left C pillar panel was not adequate for the hazardous conditions that were being encountered,” the agency said in one portion of the report.

“The operator was aware of worsening conditions, but elected to continue mining.”

MSHA concluded in its investigation that the mine’s approved roof control plan was not adequate for the conditions encountered.

“This fatal accident occurred when several bolts broke and allowed a slab of the roof to fall,” it said.

“The roof support system was inadequate for the large spans that had developed. The roof bolts and position of the MRS units were inadequate in supporting the immediate roof where the miners were working.”

To rectify the issue, the agency ordered the operator to submit a revision to the approved plan to narrow the maximum width of the entry to 18ft instead of 20ft; to install bolt rows on 4ft centers and closer spacing between bolts in the row; and to reduce the pillar cut width from 20ft to a maximum of 15ft.

MSHA has since approved this revision, and Rhino has trained all miners in these changes.

The proposed revision to the approved roof control plan also requires supplemental support installed on-cycle where rib sloughing is anticipated, to control excessive spans of roof, and will show more detail in the diagrams with closer tolerances for the placement and location of the MRS units in relation to the pillar lifts.

“The mobile roof support (MRS) machines were too far from the continuous mining machine in the # 3 entry,” investigators said.

“The distance was 24 feet from the beginning of the lift to the MRS…the mining diagrams in the approved plan required that the MRS be positioned just inby the 20ft wide lift being cut.”

Castle Valley Mine #4 produces approximately 1,200 raw tons daily from the Tank coal seam, which averages 101in in height.

The mine employs 102 persons underground and 23 persons on the surface.

MSHA’s regular safety and health inspection was ongoing at the time of the accident.

Tronox confirms there was a fatality at the Snapper mine in NSW. 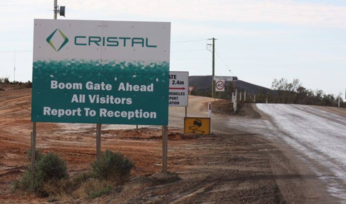 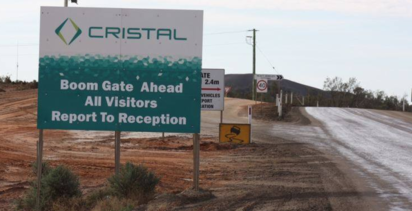