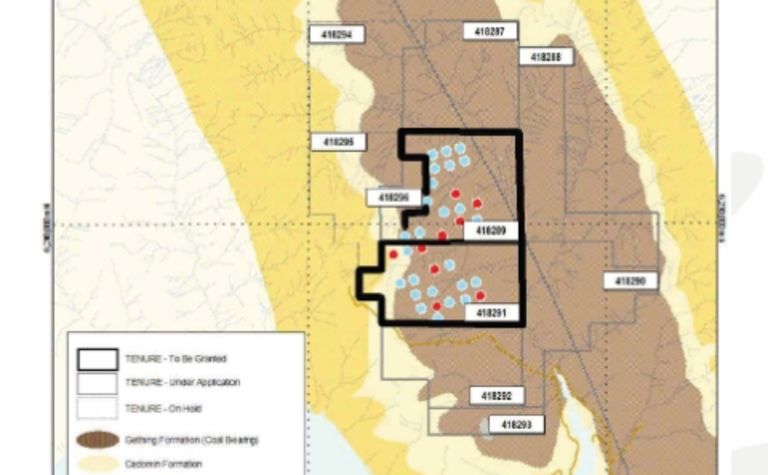 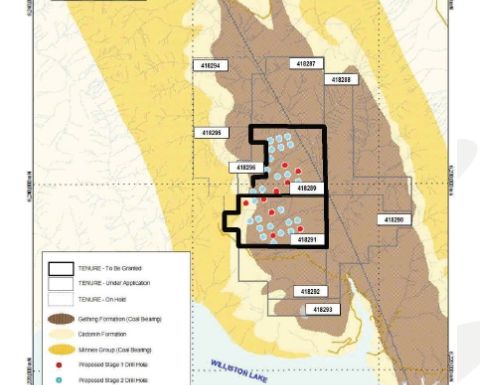 Jameson said the ministry had issued notifications for the approval of licence applications 418289 and 418291, which comprise about 2646 hectares of prospective ground in the Peace River coalfield.

MEM will work to complete Dunlevy’s approval process, including 34 drill sites on the west limb of the property’s syncline.

Though a timeline for approval was not available, the company said the exploration program’s preparations were well underway and both site prep and drilling crews were ready immediately once the thumbs-up was received.

Jameson is projecting a start date for exploration sometime in the first quarter.

“It is our belief Dunlevy represents a high potential prospect and our phase 1 drilling program will provide early and valuable indications of [its] potential coal resource,” chairman David Fawcett said.

The company added that the phase should take two to three weeks with results two to four weeks afterwards.

“With [sister property] Crown Mountain entering the prefeasibility process [in December] and Dunlevy tenure being finalised, 2014 promises to be a year of great progress,” it said.