FROM what Hogsback has been reading lately there is definitely a feeling of recovery in the thermal coal market, though not necessarily for a good reason.

What is leading coal market analysts to start using the recovery word is that production expansion is slowing in a market that is showing steady demand growth.

In other words, coal miners have shelved plans for new mines or are putting the finishing touches to expansion projects started before the price of thermal coal started to fall sharply some two years ago.

Encouraging as the recovery may sound it will not be rapid.

The coal research team at Swiss investment bank Credit Suisse reckons the average thermal price for 2014 will be $US85 a tonne and the long-term price $95/t.

Apart from tipping a price that should show a gentle upward trend, the other key finding by Credit Suisse was that demand for thermal coal was “really not the problem” for the industry – the issue is all about excess supply.

There’s really no point in The Hog banging on again about the demand question, though it is interesting to see that the campaign against coal by the green movement is having little effect on the overall coal mining industry.

More on demand later, what’s worth considering is the supply issue as that’s where the real changes are occurring.

According to Credit Suisse the supply of thermal coal from the two leading exporters, Indonesia and Australia, has “slipped back” in recent months.

Export tracking on a month-by-month basis of shipments by both countries appears to show that a cyclical peak was reached late last year with marginal changes now occurring because of domestic tax issues and currency changes, and their effect on smaller exporters.

Multiple factors go into the shaping of any market but with coal, the big issues are the export slowdown in Indonesia and Australia and a surprise decline in US exports.

Confidence that coal supply is peaking means that analysis of the market turns to demand, a subtle shift that adds a political dimension to the conventional economic issue.

According to Credit Suisse, European demand for high-grade thermal coal is shrinking but some of that decline is being simply being replaced by low-grade lignite (brown coal) with precisely the damaging environmental consequences that governments had been seeking to avoid.

Over the next four years total thermal coal imports by European countries are expected to decline from 146 million tonnes last year to 121Mt in 2017.

Losing Europe as a growth area will not do significant damage to the overall coal export market thanks to continued strong demand in China, India, Japan and most of the rest of the world.

Japan, which has mothballed its entire nuclear reactor fleet, will continue to be a leading importer for the next decade.

Overall, the trend in coal demand shows annual growth of around 3% annually with total export trade rising from 915Mt last year to 1022Mt in 2017.

Every coal importing region, other than Europe, will be importing more coal each year than last year.

“On the demand side of the equation, the two old stalwarts of seaborne coal consumption, Europe and Japan, have been painting markedly different pictures of late,” Credit Suisse said.

The bank noted that the much discussed gradual decay of demand (in Europe) appeared to be underway but ongoing political uncertainty about the region’s glut in carbon credits was creating a situation where it made financial sense to burn lignite rather than black coal.

Indonesia, as expected, will retain its position as the world’s biggest source of thermal coal, with exports rising from 374Mt last year to 405Mt in 2017, a share of global trade that will slip modestly from 40.7% of global trade to 39.5%.

What the Credit Suisse analysis shows is that while the days of rampant thermal coal expansion may have ended, the outlook is for a prolonged period of steady demand and steadily rising prices.

The future may not look as exciting as it once did but it certainly looks reliable and reasonably attractive – which is not what everyone expected when the price started to fall sharply in early 2011.

Asian thermal coal imports are expected to grow by more than 270 million tonnes to 1.1Bt. 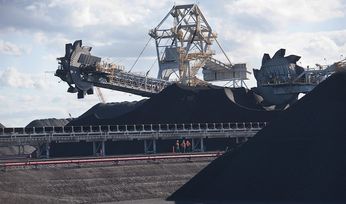 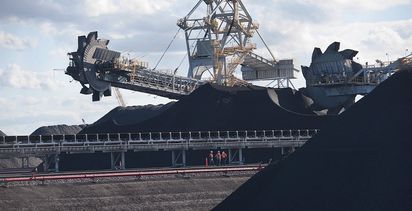