ON FEBRUARY 25, Minemax will pull the covers back from the latest iteration of its Minemax Planner software tool. 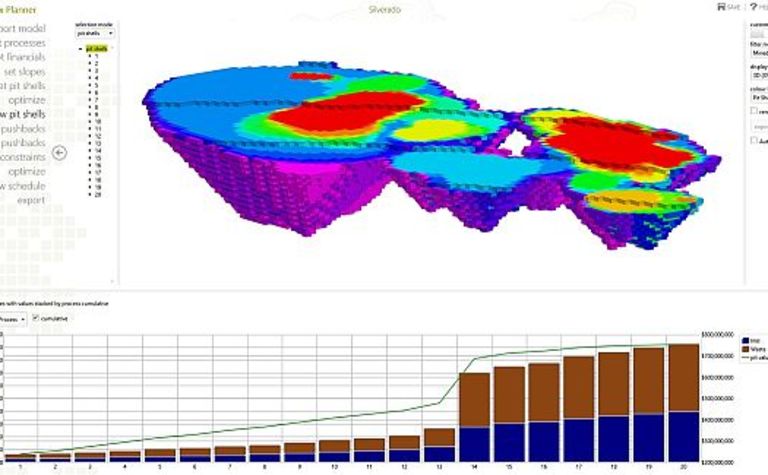 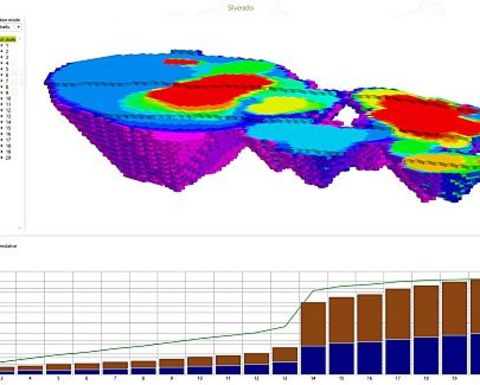 A screenshot from the Minemax Planner software.

The company is using the Society of Mining Engineer’s Annual Meeting in Salt Lake City, Utah.

The latest Minemax Planner is a “fast, easy-to-use tool” that lets businesses quickly understand the potential value of projects with minimum time investment.

Mine planners are guided from a block model through pit optimisation, nested shells and pushbacks to net present value optimal schedules. This, Minemax says, lets them develop optimal plans for even the largest models.

The computing landscape has evolved significantly since the early days of mine planning and Minemax Planner takes advantage of these advances, as well as modern pit optimisation algorithms.

It uses a high-performance maxflow algorithm that gives the same pit shells as Lerchs-Grossman but in a fraction of the time.

The user interface is based on Microsoft Metro UI and is similar to that of Minemax Scheduler 6, which was released in 2012.

Interactive three-dimensional technology gives the mine planner instant feedback regarding practical mineability at each step of the process.