ILLINOIS’ Department of Natural Resources has announced a series of reforms to help repair the agency’s image and make it more in touch with the public.

The department has been criticised for being in favour of the state’s coal industry.

The changes include closer inspections of coal ash ponds and better communication with the public to strengthen ethical regulations.

The changes underscore the formidable task of balancing environmentalists’ concerns about an energy source they view with disdain and treating coal producers fairly in a state that is among the nation’s richest in coal reserves.

They also come as the agency deals with other embarrassing slip-ups, including an administrator’s departure after reports he attended fishing tournaments while on sick leave and admissions that two mine safety officers accepted contributions from a coal mine operator.

Neither environmentalists nor the industry believe the reforms are tied to Governor Pat Quinn’s re-election bid against a well-funded Republican opponent but the timing of the announcement is believed to help his case considerably.

Under the reforms the DNR will notify the public when it first receives coal mining applications.

It will require early environmental review and applicants to participate in public hearings.

It will also increase inspections of coal ash ponds in the wake of high-profile accidents that contaminated waterways in West Virginia and North Carolina.

Image sells $48.6 million of Boonanarring HMC in the quarter. 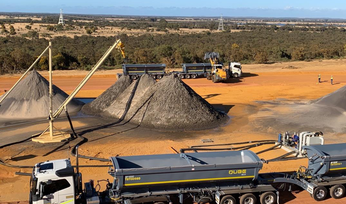 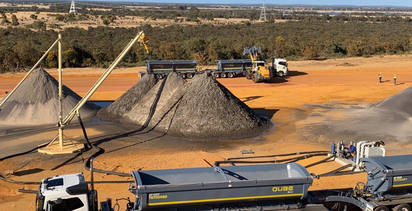