THE New South Wales government is hanging on to its ban on CSG activity in Sydney’s water catchment regions, despite recent findings that CSG operations will not harm Sydney’s drinking water. 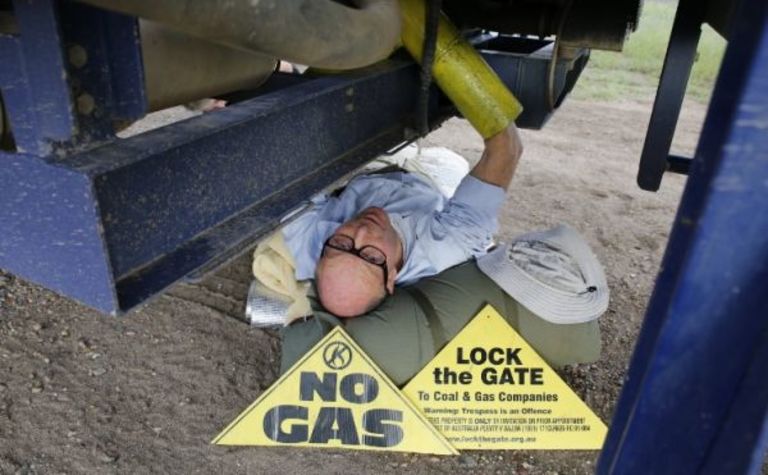 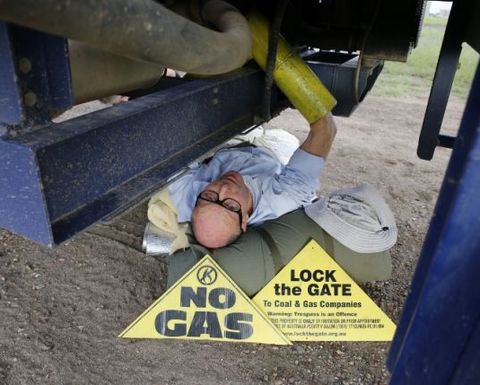 A protestor who has connected himself to machinery as part of a campaign against CSG exploration in the Pilliga forest. Image courtesy Lock the Gate.

“The Chief Scientist and Engineer found no evidence that current longwall or coal seam gas activities in the catchment should be stopped,” NSW Resources and Energy’s Anthony Roberts said in summary of the recently completed review.

“Instead, the report found modern treatment processes are sufficient in protecting the quality of Sydney’s drinking water against any adverse impact.”

While this evidence was used by the government to spruik that there was no reason to stop underground coal mining in the state, it did not jump to any conclusions about CSG.

“The NSW government will maintain its ban on coal seam gas exploration and extraction in Sydney’s water catchment until it fully considers all the recommendations in this latest report, and will closely monitor any impacts on the environment,” Roberts said.

The government is also considering a separate report, also led by the NSW Chief Scientist and Engineer Dr Mary O’Kane, on environmental risk and insurance arrangements for the state’s CSG industry.

“The report recommended the NSW government examine the potential adoption of a three-layered policy of security deposits; enhanced insurance coverage; and an environmental rehabilitation fund administered by the government to cover long term or unforeseen costs,” the department said.

While the Victorian government has avoided making any CSG approvals ahead of its state election in late November, the next NSW state election is scheduled for March 28, 2015.

Woodlawn mine to stay closed for longer. 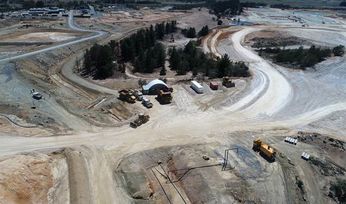 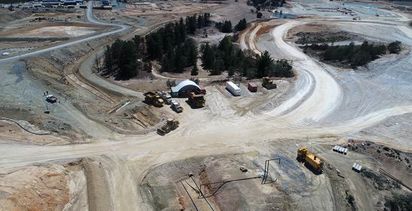