West Virginia coal mine cited for dozens of violations

AN impact inspection at the Rhino Eastern LLC’s Eagle Mine 3 in West Virginia found conditions that put miners at risk of developing black lung disease and increased the potential for deadly explosions.

The Mine Safety and Health Administration discovered the 38 violations when it carried out an impact inspection on June 24. Inspectors arrived at the mine at mid-morning, securing the mine’s surface phone systems which it uses for communication with the underground mining section.

Inspectors travelled to the underground working section where they found that the mine operator failed to follow approved ventilation, methane and dust-control plans in several locations.

Safety and health assistant secretary Joseph Main said the inspection underscored the importance of mine safety vigilance and the need for continued improvements in controlling coal dust.

“The alarming conditions found at Eagle Mine 3 show that common sense practices to prevent black lung, mine explosions and other hazards were ignored,” he said.

“There is absolutely no excuse for allowing such dangerous conditions to exist, and miners deserve better.”

New dust regulations aimed at ending black lung, which go into effect on August 1, address the shortfall in dust controls that were found at Eagle Mine 3, Main said.

“The practices found at this mine highlight why we need these improved dust standards,” he said.

MSHA inspectors revisited Eagle Mine 3 because it experienced an elevated citation rate in the first quarter of 2014 and logged a high number of violations in a May impact inspection.

Other pieces of mining equipment were found to be operating without ventilation controls or without the quantity of air required to carry away flammable, explosive, harmful gases, dust and smoke from the area where coal was being cut, mined, drilled for blasting or loaded.

Two roof bolting machines were observed operating without properly installed ventilation line curtains and the correct air quantity. These conditions put miners at risk of developing black lung and increase the potential for an explosion.

In several locations, operators were not complying with the approved roof control plan. Excessive entry widths exposed miners to the threat of falling rock from the mine roof and ribs. 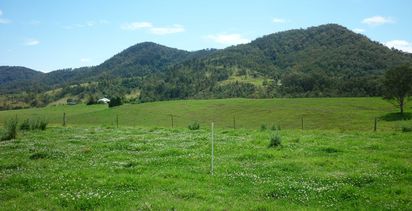