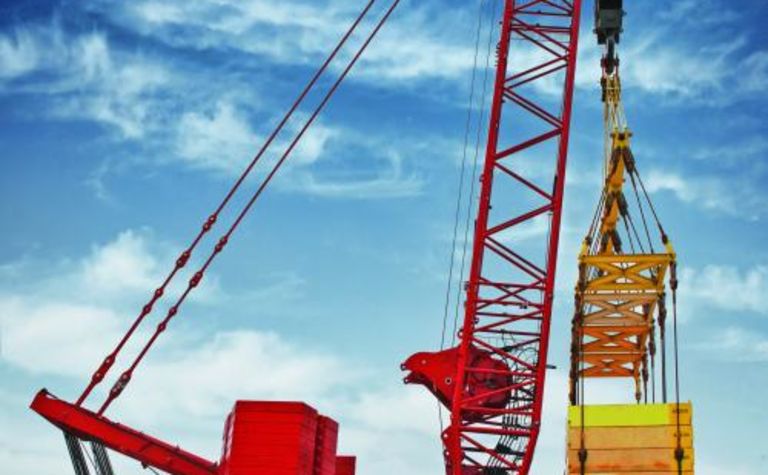 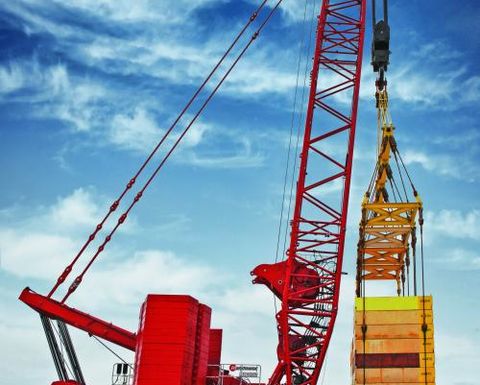 Unveiled at ConExpo in Las Vegas in March, the MLC650 crawler also had its variable position counterweight technology tested.

“[It] worked perfectly to position the counterweight for each of the load scenarios,” Manitowoc lattice cranes marketing manager Dustin Soerens said.

The VPC system automatically positions the counterweight to fit the required lift.

According to Manitowoc, advantages for customers include reduced ground preparation, lower ground-bearing pressure and less counterweight – all without sacrificing capacity.

In addition, the technology prevents the need for as much counterweight compared with a traditional crawler crane configuration.

“We performed a maximum load test, a maximum moment test and a variety of lifts utilising different positions of the VPC and they all were completed flawlessly,” Soerens added.

The crane was fitted with hundreds of strain gauges that measured the tension and compression of the steel components of the crane while lifting.

For the maximum load moment test, Manitowoc positioned the crane to apply maximum stresses through its structure.

One of the configurations saw engineers position the boom over the corner of the crane.

“The successful completion of the maximum loading tests is a positive sign that the rest of the structural testing will go smoothly,” Soerens said.

“Typically, if any major design changes were required, they would be found during the maximum load test.

“Also the lift went very smoothly – it was a momentous occasion for everyone at Manitowoc that has worked so hard to make this crane a reality.

“We can now rest assured that we’re well on our way to releasing this innovative crane to the global market.”

The MLC650 has a 104m maximum main boom length and a luffing jib that can be added to reach a maximum combination of 157m.

It was launched alongside a smaller, 300t version – the MLC300 – which features 96m of boom and has the option of a fixed jib attachment of 30m.

Testing on the MLC300 is not yet completed.

Manitowoc is yet to confirm launching to market dates for both machines but said preparations were on schedule.

A balanced approach to crane development. 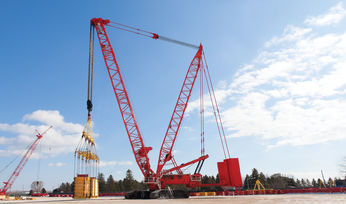 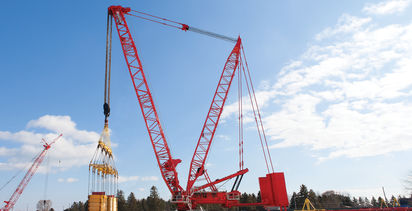