A PARLIAMENTARY inquiry has called for the New South Wales Environmental Protection Agency chief executive’s powers to be curtailed while Western Australia's environmental regulator will be probed on its role in an alleged Bio-Organics pollution incident.

In June, opposition leader Luke Foley moved for the inquiry into the performance of the EPA to be set up, following claims of mismanagement, botched prosecutions and cover-ups.

As part of the inquiry, the EPA's management of six cases came under scrutiny: land contamination in Botany and Hillsdale; dust pollution in the Hunter; regulation of cruise passenger ships at White Bay Cruise; ground water contamination in the Pilliga by Santos; failed prosecution of Du Pont and the regulation forestry practices at the Royal Camp State Forest.

Now, the state's Legislative Council committee has released a report outlining its findings and has proposed a range of recommendations.

The committee questioned the complexity of the “duel-hat” role performed by chair and CEO Barry Buffier, who presently reported both to Environment Minister Rob Stokes and a separately established EPA Board, which acts as an independent, expertise-based governing board that oversees and monitors the activities of the EPA.

The committee said Buffier's role stood in contrast to that of the CEO of most other NSW agencies, where the CEO participates as a member of the oversight board but did not hold the position of chair.

Thus, it recommended that the Protection of the Environment Administration (POEO) Act be amended to provide for the appointment of a chairperson of the board, independent of the CEO, and the governor, on recommendation of the environment minister and with the concurrence of the board, appoint the EPA's new CEO.

A total of 17 recommendations were made on ways the EPA could do better, most of which were specific to the six cases.

However, the committee found the regulator's communication efforts wanting, and recommended the EPA, as part of its public engagement and communication strategy, "make greater use of community consultation committees, ensuring they are transparently evaluated and engender genuine participation".

The committee added that the EPA should "take immediate steps to refine and enhance stringent internal protocols and procedures to ensure timely public communication of all pollution incidents".

Resourcing was another issue noted by the committee, which said the regulator needed to be adequately resourced to clear the backlog of contaminated sites awaiting assessments and called for the development of systems to ensure these sites "are assessed in a more timely manner".

Additionally, the committee suggested applying a multiplier effect for penalty notices to repeat offenders and setting maximum pollution or emissions caps for zones and regions, and called for the EPA to conduct a "comprehensive review" of its licensing procedure for hazardous chemicals.

"The review should examine the appropriateness of granting environmental licences that do not provide clear limits with respect to the use of hazardous chemicals. Further, the review should also consider the appropriate recourse to be taken against a licensee for failing to maintain concentrations within specified limits," the committee said.

Over in WA, the Department of Environment Regulation's role in the Bio-Organics case, particularly how it allowed the Oakford-based composter to continue operating for so long despite reports that contaminated liquid from the site had been draining into the Serpentine River, will be probed by a parliamentary inquiry.

The DER revoked Bio-Organics' licence in June last year. However, investigative reports by News Ltd were published as early as February, claiming the lives of the facility's neighbours were "being ruined by putrid smells and other impacts" from the site.

Perth’s The Sunday Times also reported that samples collected by the DER of liquid from the site showed high concentrations of chemicals including arsenic and cadmium.

According to News Ltd, tankers delivered more than 30 million of liquid waste to the site in 2013, which was then tipped onto compost piles with the excess seeping into the ground.

The DER has conceded that it failed to properly monitor the site and had permitted certain liquid wastes to go to Bio-Organics as part of trials, though these were meant to be temporary and limited.

Bio-Organics, which denies causing pollution, has welcomed the inquiry, saying official records of liquid wastes were riddled with errors.

"The allegation that Bio-Organics receives sewerage or septage waste is not the case and physical records prove this,” Bio-Organics director Ben Avila told News Ltd.

“DER will be provided with the results of this archival investigation and ask to please explain why and how these errors were made.”

Chairman of the environment and public affairs committee Simon O'Brien has confirmed an inquiry was underway.

"The committee will decide on the next steps – which may or may not include hearings – when we next meet," O'Brien said.

Under the contract scope Bis will provide off-road bulk load and haul and site services. 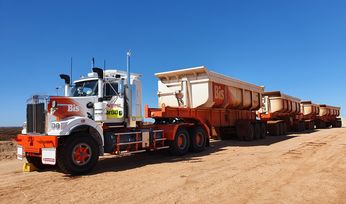 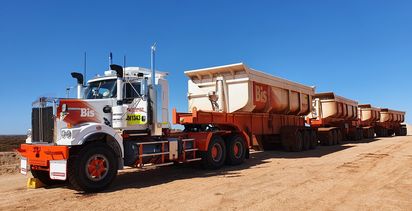