ACCELERATED productivity gains have led BHP Billiton to a better-than-expected half-year profit and CEO Andrew Mackenzie has flagged further gains once the demerger of South32 is complete.

BHP’s underlying attributable profit of $US5.3 billion ($A6.8 billion) beat analysts’ consensus of around $5 billion.

However, the result was 31% on the same period of 2013 due to lower commodity prices.

The company recognised a $290 million impairment on the Nickel West business, as well as a taxation expense of $809 million related to the defunct minerals resource rent tax.

Free cashflow for the December half was $4.1 billion.

“Our company is in great shape,” Mackenzie told analysts this morning.

BHP achieved $2.4 billion of productivity gains during the period and expects to realise $4 billion by the end of the 2017 financial year.

Mackenzie said the company was quickly moving towards its objective of being the lowest-cost iron ore producer.

Capital and exploration expenditure was reduced by 23% to $6.4 billion, with capex guidance revised down by 15% to $12.6 billion.

The company declared an interim dividend of 62c, in line with consensus.

Mackenzie stressed that BHP would not be rebasing its dividend downwards following the South32 demerger.

“This implies a higher payout ratio than 62%,” he said.

BHP remains committed to the demerger and will send the full documentation to shareholders next month, ahead of a vote in May and listing before the end of June.

“It is the key enabler and differentiator, among many, that makes us a rather special company.” 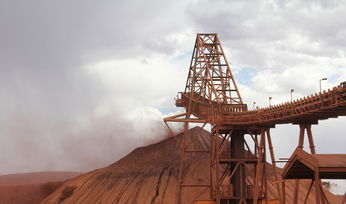