WHILE fraccing has been done in Western Australia for 60 years, unenforceable community frac bans have started to appear across the state as AWE and its partners work to unlock the secrets of the Perth Basin’s unconventional reservoirs.

AWE, which last year made the largest conventional gas discovery onshore WA in decades at the Waitsia field with its currently testing Senecio-3 well, is one of the companies that has raised the ire of Mid West residents concerned about the impacts of fracture stimulation on the water table.

Waitsia doesn’t appear to need much stimulation to flow, and could be a good short-term fix for southwestern gas supply options, but there is a significant potential unconventional resource still out there that the Sydney-based oiler will need a fracc spread for.

AWE has drilled and fracced three wells to date – Arrowsmith-2, Woodada Deep-1 and Senecio-2 – and has a few other wells still to be tested, with the most recent, Drover-1, the one that has locals complaining to the ABC.

"It's not safe as far as I'm convinced. There's a risk," Navy veteran and Jurien Bay resident Jim Clarke, 83, told the broadcaster.

Central Greenough became the first town in WA to declare itself "gasfield-free" in August last year, and others – including Irwin, Leeman and Green Head – are set to follow, joining the movement that assembles under the Lock The Gate banner.

Lock The Gate WA says its supporters are “everywhere” in the state, and claims explorers such as AWE and Norwest Energy are tending to by-pass discussions with owners obviously supporting the group.

Drover-1 is adjacent to Green Head, and the ABC reported that almost all of the town’s population of 256 are against fraccing the well, fearing contamination of the town's main water supply, the Mount Peron aquifer.

Of course the Australian Petroleum Production and Exploration Association maintains that is “highly unlikely” anything will go wrong if AWE fracs its well, and that the industry just needs to communicate better and explain the process, which over in the east has become muddled with coal seam gas production.

Whereas CSG fields are shallow, about 1000m deep at most, and require multiples of wells for production, the Kockatea Shale, Irwin River Coal Measures and Carynginia Formation that AWE is targeting are hundreds of metres below the aquifers, and with proper casing of wells have minimal risk of contamination.

The oil and gas industry has been successfully operating in the Mid West since the 1960s.

One place where there has been limited oil and gas exploration is Tasmania, where the Liberal state government has just banned fraccing for a further five years, despite there being no active exploration planned.

Tasmanian Primary Industries Minister Jeremy Rockliff said there was uncertainty around fraccing, and his decision would "protect Tasmania's reputation for producing fresh, premium and safe produce".

He also said there was considerable concern for landowners' rights and public and environmental health.

Adelaide-based company Petratherm has a five-year licence to look for shale oil and gas over about 4000 square kilometres of southern Tasmanian farmland, but is at the earliest stages of assessing the potential of the rocks to even contain hydrocarbons.

There is a moratorium on fraccing in Victoria and there have been calls for similar bans in South Australia, while the Northern Territory Government says a ban on fraccing is not supported by the science.

Judge said the offence was at the low end of the medium range of objective seriousness. 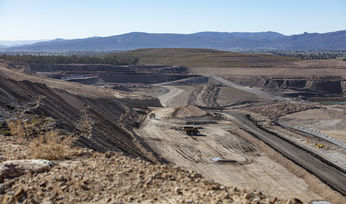 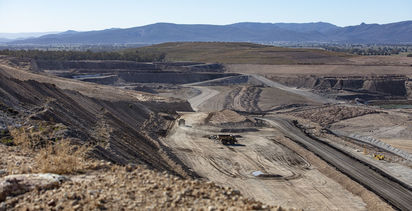