GERMAN giant Liebherr has reported a drop-off in both revenue and profit for the 2014 business year.

This is despite a 3.4% growth in the global economy, a 1.8% boost on the previous year.

How to assess the results depends on where you put the microscope on Liebherr’s operations. For example, the construction machinery and mining division shows a 6% drop from the previous year, with a turnover of &euro;5.2 billion ($A7.6 billion).

However, in the maritime cranes section – which also incorporates aerospace, transport, machine tools, automation systems, domestic units, components and hotels – the company could point to a 5.8% increase in turnover. This is realised as a &euro;195 million ($A286.2 million) rise, taking that figure to &euro;3.5 billion ($A5.1 billion).

Within that, perhaps the most positive outcome was the 18.7% increase in the specific maritime cranes sales to &euro;988 million ($A1.46 billion)

The results also have to be taken in an international context too, with good growth in Germany – the company’s home market – as well as in the US.

In particular, all terrain and crawler crane sales in North America were very strong, and the UK was also a productive ground for Liebherr over the past 12 months.

The Far East and the Australian market were not quite as positive though, with turnover reductions reported there.

Russia and Africa were also identified as difficult markets, as were mobile cranes, which saw sales drops of 4.1%, which represents turnover of &euro;1.99 billion ($A2.92 billion).

In all, total sales of Liebherr cranes came to almost &euro;3.4 billion.

Despite this, the group is confident that the last year was a positive one.

“The Liebherr Group views the current year with optimism. Total turnover is expected to rise. All Group divisions are expected to develop positively or at least to equal last year’s turnover,” read a Liebherr statement.

“Divisions that will probably exhibit especially dynamic growth are earthmoving, tower cranes, machine tools and automation systems and the other products and services area.

“This will be accompanied by a further increase in the size of the workforce,” the statement said.

The workforce growth alluded to is borne out by a 3.6% increase in employee numbers, a percentage that equates to 1415 more workers. The global figure for the firm now stands at 40,839.

This confidence is shown in the company’s investments in their services and sales operations, putting in &euro;427 million ($A627.3 million) to expand and modernise its production network.

It also allocated &euro;446 million ($A655 million) for technology research and development in order to attain a “high level of innovative power”.

“The Liebherr Group’s investments in product development, production and the sales and service network on all continents will again easily exceed depreciation,” the company said.

A cut- back is also under construction to exploit a sub vertical extension to the main orebody. 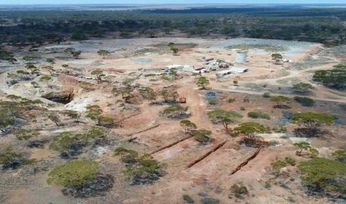 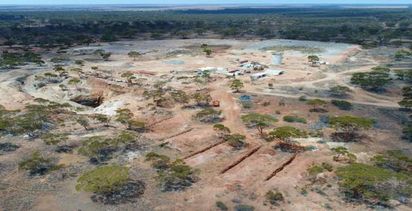