SOUTH African gas developer Kinetiko Energy has it has received a non-binding expression of interest to develop its Amersfoort project in the nation’s coal fields.

Perth-based Kinetiko, together with its fellow shareholder in Afro Energy, South Africa’s Badimo Gas, says the Industrial Development Corporation has presented an offer to fund the development of the Amersfoort project through either debt and or equity.

The offer from the IDC is conditional, and requires satisfaction of due diligence, but fits in with the 75-year old state-owned development finance institution to promote economic growth and industrial development.

Afro remains in negotiations with several other interested funding parties for the Amersfoort project, which was originally picked as a CSG project but, based on drilling to date, contains shallow gas in interbedded sandstone reservoirs that is be an early development target.

Kinetiko and Badimo, who solved earlier joint venture issues with the establishment of a new JV structure, have agreed to a new work program within ER56 involving an eight well pilot program around the previous KA-03PT well within ER56 tenement and an additional permeability test well.

The program will also involve two zone isolation wells in close proximity to KA-02C with a further eight permeability test wells near that well on success of the isolation testing.

Development of a gas terminal consisting of a treatment plant, compressed natural gas loading facilities and metering station will also be examined over the next six months.

Early gas sales into southern Africa’s energy-starved market are the ultimate goal, under a bulk sampling permit that Afro is in the process of securing from the Department of Mineral Resources.

The permit will allow Afro to immediately benefit from gas sales from its existing producing wells and to proceed to drill further shallow wells to potentially increase early gas production.

The commercial flow-rate hurdle for gas wells in South Africa is extremely low.

The area being considered is less than 5% of total potential prospective geology within the Amersfoort gas discovery area.

On site at Yangibana a $20 million early works package is in full swing. 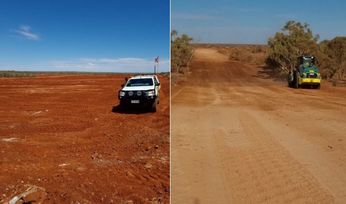 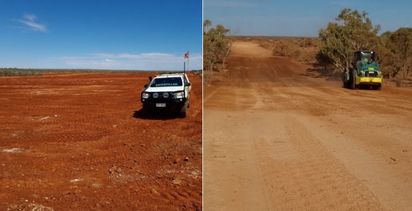