Wind and solar gain on gas

THE UK’s Climate Change Committee say onshore windfarms and large solar projects will soon be cost competitive with gas-fired power, given the expected cost of carbon arising from the international climate conference in Paris late next month.

The CCC said that the 2020s would be crucial in setting the direction for UK power generation, and to ensure the UK can meet its 2050 climate change commitments cost-effectively.

Given key tools are already in place to deliver the investment in low-carbon generation that is required, the UK government needs to “urgently clarify the direction of future policy to ensure the power sector can decarbonise at lowest cost to businesses and households,” chairman Lord Deben said.

“In order to meet these expectations, investors must gear up in the next few years to put new money into all low-carbon sectors, and government must give them the policy signals they need in order to do so,” CEO Matthew Bell added.

The CCC found that onshore wind and large solar farms are likely to be competitive on cost with generation by the end of this decade, but only if gas pays its fair share through a carbon price.

The report predicts that the full cost of new gas-fired generation would reach around $183 per megawatt hour for new plants coming online in 2020, and $200/MWh for 2025, including the likely cost of carbon.

That compares with onshore wind and ground-mounted solar projects that are under contract to deliver electricity at $178/MWh from 2016-17.

In its report, Power Sector Scenarios for the Fifth Carbon Budget, the CCC suggested the carbon price for gas-fired generation should reach some $A170 per tonne by 2020.

“A carbon price that reflects the full cost of emissions would increase the cost of gas-fired generation to a level at or above the cost of some low-carbon options,” the report found.

Previous low-carbon policies in the UK have led to the growth of a green sector now worth more than $300 billion and employing 460,000 people, however recent decisions by the Tory government have shaken faith in the support regimes for mature renewable technologies, and the sector has lost around 1000 workers and several firms due to continuing uncertainty.

Several policies, such as support for low-carbon heating and low emission vehicles, are about to expire, and the green energy sector is looking for leadership from the UK parliament.

Friends of the Earth UK says the government’s own advisers say it will be cheaper to use low-carbon electricity rather than gas to power our economy in the 2020s.

“What's disappointing is when we see countries such as the United Kingdom that have really been in the lead in terms of getting their renewable energy up and going, we see subsidies being withdrawn and the fossil fuel industry being enhanced,” she said.

“It's a very serious signal – a very perverse signal that we do not want to create.”

Prime Minister David Cameron will have a hard time in Paris explaining why his government is cutting the measures that will reduce Britain’s carbon emissions, Friends of the Earth said in a statement.

“Ministers should be championing the UK renewable sector, instead of strangling the life out of solar and onshore wind, threatening tens of thousands of jobs and pushing up bills in the future,” FoE said.

The CCC’s final report will be realised on November 26.

That statutory report will carry the full weight of the committee’s authority, which under the Climate Change Act is to propose carbon budgets more than ten years into the future, and assess whether governments are meeting them through their policies.

But UK industry groups have complained that they will be wiped out by a high carbon price.

Critics say carbon pricing is one of the factors that has been blamed for recent closures in the British steel industry, as critics say high energy costs make the sector less competitive.

The CCC says allowing the emissions to enter the atmosphere for free is no longer an option.

BHP Qld coal to get half its electricity from renewables

It will also support the development of solar and wind farms in Queensland. 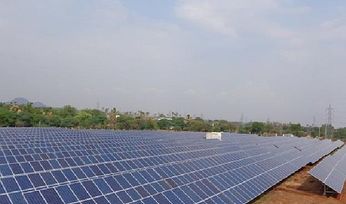 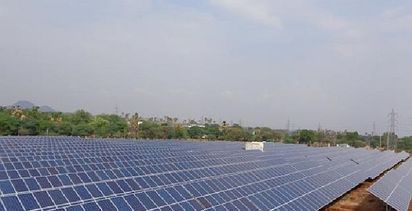