IN response to continued uncertainty in the coal markets Alliance Resource Partners has taken several actions to reduce production at its higher-cost US mines in order to focus on maximizing production at its lower-cost mines which will result in the loss of 260 jobs.

Beginning on October 30, Alliance subsidiary, Hopkins County Coal, reduced production from three units to two units at its Elk Creek mine, which remains slated to cease production in the first quarter of 2016.

This action did not result in any job loss as a result of employment opportunities at other Alliance operations.

On November 6, another Alliance subsidiary, Gibson County Coal, issued Worker Adjustment and Retraining Notification (WARN) Act notices to approximately 120 of its employees in anticipation of eliminating a total of one and a half production units at its Gibson North and Gibson South mines.

By December 31, Alliance expects production at the Gibson South mine to be increased to four production units with the Gibson North mine idled.

On November 6, Alliance subsidiary, Sebree Mining, issued WARN Act notices to all employees at the Onton mine, and stopped coal production at the mine. As a result of employment opportunities at other ARLP operations, this reduction in force is expected to affect approximately 140 employees.

“We deeply regret the impact of these decisions on our employees, their families and their communities. While we were hopeful that conditions would improve, an oversupplied market combined with weak pricing forced us to take these actions and shift production to our lowest-cost mines. These steps are consistent with our current projected production and sales volumes for 2015 and beyond.”

The Onton #9 Mine has generated 2015 year-to-date coal sales and production volumes of approximately 1.8 million tons and 1.86Mt, respectively.

Some of the coal production from the reductions at Onton, Gibson North, and Elk Creek will be replaced by increased production at Alliance lower-cost mines.

The mine has approval to extract 33Mt of run-of-mine coal over 10 years from 12 longwall panels. 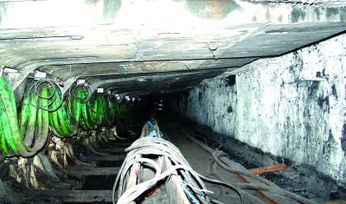 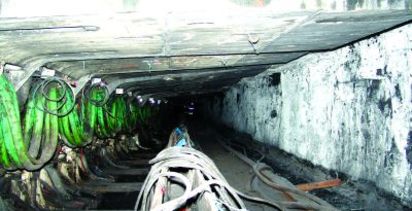