THE search for carbon capture storage sites is on in earnest as the International Energy Agency’s Coal Industry Advisory Board said the technology could provide an ideal partnership between the fossil fuel and renewables sectors.

The IEA’s CIAB assessed coal utilisation’s impact on energy security across Australia, the US, Canada, Japan, China, India, South Africa and the 28 European Union member states, which combined cover two-thirds of total global energy consumption and more than 85% of demand.

“In order to meet the growing global energy demand and to simultaneously reduce global greenhouse gas emissions, the key recommendation from the study to increase indispensable support for high-efficiency low-emission (HELE) coal-fired plants and CCS technologies,” the report said.

HELE technologies provide a source for significant immediate CO2 emission reduction and are a key step on the pathway to CCS, which is already a reality, along with carbon capture and usage (CCU) technology, CIAB claimed.

“There is no trade-off between an increased use of renewable energies and the use of coal,” the report said.

“Rather, coal and renewables complement each other and are partners in the effort to meet present and future energy requirements.

“Coal-fired power plants can also be seen as an economic balance to the higher system costs of most renewable energies and complementary to achieve a stable and secure power supply.”

The board recommended that governments promote these technology solutions to improve their acceptance and provide a legal framework which allows investment in these advanced technologies.

Industry should also be enabled to make the needed long term investment in production capacity and clean coal use necessary to support the central targets of energy and climate policy addressing all three areas of security of supply, comprehensive access to modern forms of energy and their affordability and protection of the environment and mitigation of climate change, the report found.

“Coal and renewables complement each other and are partners in the effort to meet present and future energy requirements,” CIAB Energy Security Working Group leader and the report’s lead author, Dr Hans-Wilhelm Schiffer, said.

“Coal-fired power plants provide dispatchable capacity due to their ability to operate flexibly and so compensate for the fluctuations of wind and solar energy supply.

“In addition, coal-fired power plants can also be seen as an economic balance to the higher system costs of most renewable energies.”

Since 2004 the Australian government has forked out more than $400 million to support CCS, and more than $300 million for the coal industry through its voluntary COAL21 fund.

Western Australia’s government is making slow progress with its own South West Hub project, Chevron Corporation has its own Gorgon carbon dioxide injection project – which is on track to be the world’s largest CO2 geological storage project – while there is also CarbonNet in Victoria.

Meanwhile, the search for storage sites in Queensland, New South Wales, Victoria and WA has been intensified.

While the coal industry struggles amid a poor equity market and low commodity prices, Australia’s Bureau of Resources and Energy Economics predicts coal will still remain Australia’s dominant source of electricity generation, with its share projected to stay broadly constant through to 2049-50.

“Currently there is no other fuel – fossil or renewable – that can perform this competitive role in the power generation mix,” the CIAB’s report said.

The advisory board found that industries’ use of natural gas – both conventional and unconventional – will grow over the outlook period, with projected reduction in gas-fired electricity generation offset by growth in the consumption of gas in LNG production.

It projects renewable energy consumption to increase moderately at the rate of 0.9% a year over the projection period, mainly driven by strong growth in wind and solar energy, at 2% and 1.7%, respectively.

Australia is the second largest exporter and has the fourth largest reserves of coal in the world, and the commodity also accounts for 62% of the country’s total electricity generation, with coal-fired power stations located in every mainland state.

Excluding generation used in remote and regional Australia and other non-grid sources, this figure rises to around 70%.

World Coal Association CEO Benjamin Sporton said that, as the Paris Agreement is formally adopted, it was “vitally important” that its implementation integrates environmental imperatives with the aims of universal access to energy, energy security and social and economic development. 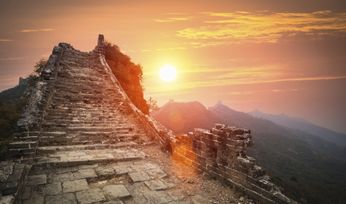 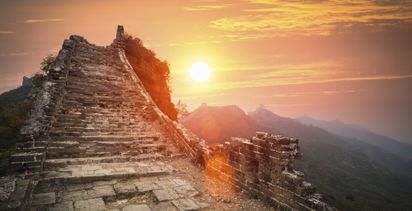