The upstream sector warns this will only frustrate the development of the new gas supplies that the ALP wants to see in the domestic gas market under its proposed national interest test.

But the ALP’s proposals haven’t gone far enough for environmentalists, who want a total overhaul of the environment law, attacking the Coalition’s plan to give some of its powers to states and territories, which Lock the Gate calls “untrustworthy”

Labor’s shadow environment, climate change and water minister Mark Butler and the party’s candidate for the seat of Page in New South Wales, Janelle Saffin, yesterday said a Bill Shorten-led Labor government would extend the protection that the water trigger provides to ensure any shale or tight formation gas developments that impact water resources will be subject to assessment under the EPBC Act.

They will also need approval from the environment minister and be assessed by the Independent Expert Scientific Committee.

“Labor wholeheartedly believes it is the responsibility of the federal government to protect Australia’s most precious environmental assets,” Butler and Saffin said in a joint statement statement yesterday.

“Malcolm Turnbull, on the other hand, has such little regard for Australia’s environmental values he’s throwing away this responsibility through his policy to delegate matters of national environmental significance to State and local governments.

“Labor will ensure the gas industry operates to the highest environmental standards and will ensure full assessment and management of environmental and other impacts, including on water reserves and co-existence with other agricultural activities.”

The pair said new shale and tight gas projects need to be subjected to rigorous science-based assessments, which was “the only way” to manage environmental impacts and ensure “sustainable economic development”

Former Santos CEO David Knox told Energy News just before he departed the company earlier this year that any development of the shale resources in the Northern Territory and the Cooper Basin was years away, but hopefully inside the next decade.

The job is easier in the Cooper Basin where there is infrastructure, but it’s a different story in the Northern Territory, where NT Labor has promised a moratorium on hydraulic fracturing if it manages to oust Adam Giles’ conservative government on August 27.

“There was no regulatory impact assessment and no evidence that State regulation was deficient,” he said.

“While adding another layer of costly Commonwealth regulation, the trigger did not add any new scientific assessment or evidence.”

He cited the Department of the Environment, which noted at the time: “The introduction of the water trigger did not change the process for seeking and considering advice from the Independent Expert Scientific Committee.”

Dr Roberts said the trigger, which he wants repealed, will further duplicate state regulations, apply to two industries only and discourage investment in developing the new gas supplies Australia needs.

It has been opposed by both the resources sector and the National Farmers’ Federation.

He said the potential impact of unconventional gas developments on water has already been exhaustively assessed by reputable, independent reviews such as the Australian Council of Learned Academies, the New South Wales Chief Scientist and the Hawke Review in the NT.

“The consensus is that, with effective regulation, these projects are low-risk,” Dr Roberts said.

“The gas industry’s use of water is far less than many other industries. The water produced from extracting coal seam gas represents about 0.03% of the water held in the Great Artesian Basin – much less than the annual recharge of the Basin. Ninety seven per cent of that water is used by farmers and industry or returned to aquifers.”

The NT’s Hawke review found that a large shale gas industry would use no more water than that allocated to some individual pastoral properties.

Activist groups have pounced on Labor’s move, with Wilderness Society national director Lyndon Schneiders saying a campaign is snowballing across the environment movement for a dramatic overhaul of environmental law.

He said the trigger would help protect water in ‘iconic and parched’ landscapes like Western Australia’s Kimberley and Queensland’s Channel Country.

“We need environmental laws we can all trust. We need a whole new regulatory framework that includes national independent assessment and approvals,” he said.

“We need independent assessment, not consultants paid for by developers and miners. Nobody can have faith with that.”

LTG national convener Phil Laird said it was not acceptable to regional Australia for crucial matters like these to be partisan.

“This important promise to close an accidental loophole in the EPBC water trigger and keep it in federal hands must be immediately matched by Water Minister Barnaby Joyce,” Laird said.

“We also urge the Labor Party, and all other parties, to go further and make commitments over the next six weeks to no-go zones and a strengthened Independent Expert Scientific Committee with more power to protect water resources.”

ALP policy was getting closer towards that espoused by the Greens. 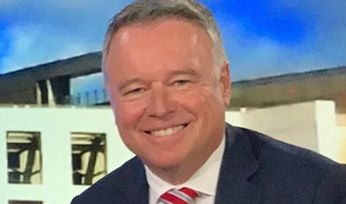 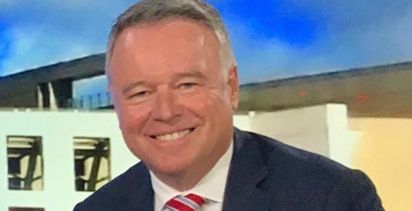