AFTER much international success with the technology, original equipment manufacturer Bucyrus and producer Cliffs Natural Resources teamed up to bring the first automated plow system to a US underground coal operation. 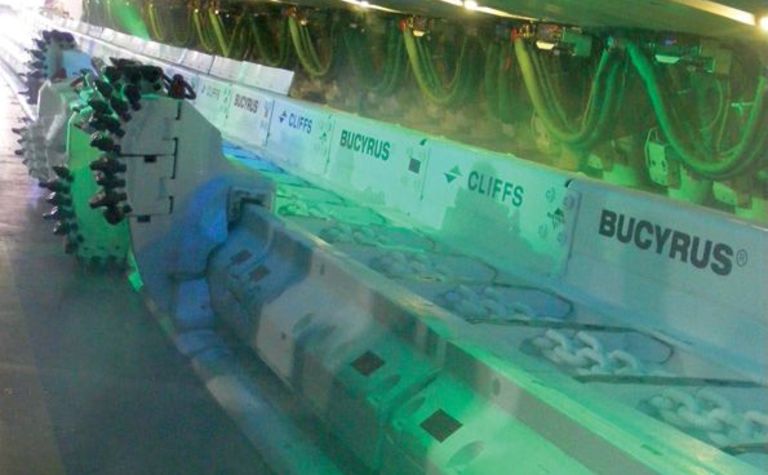 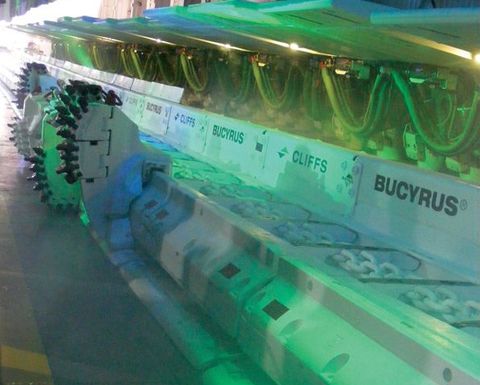 The Bucyrus plow was officially unveiled to the US industry July 20 at a Pennsylvania event co-hosted by Bucyrus and Cliffs Natural Resources.

The new plow system, with electrics provided by Line Power and lighting by KH Controls, was introduced at an event in late July at Bucyrus’ facility in Pennsylvania to a large group of shareholders and industry guests.

Cliffs’ Pinnacle mine in West Virginia, will become the nation’s first to produce using the fully automated plow when it goes online in November. The unit has already become a common solution for operations in China, Germany, Mexico, Poland, Russia and other areas internationally.

Longwall mining is the most effective underground coal extraction method today, but a majority of reserves across the globe measure between 59 inches and 91in thickness. The plow longwall is the preferred method for seams that fall below 71in. A detailed analysis needs to be performed for those between 71 and 91 inches, according to the OEM.

“The question is whether the use of a shearer or of a plow longwall system is economically better. Only a comprehensive comparison of both mining methods, looking at the latest system technology available, results in an in-depth analysis of all relevant geological, technical, procedural and economical aspects and allows operators to find the best solution to mine their individual deposit,” the company said.

But other factors must be considered for US operations, particularly those of lower seams, including the economic advantages of speed, lower maintenance, less rock cutting, lower consumables and the obvious safety benefits to a completely automated system that would remove workers from the coal face. Bucyrus said it is surprised it has taken this long for a US operation to take the plunge for a plow system, but that there has historically been a reason for the hesitation.

“Despite the fact that Bucyrus automated plows are in service around the world, North America has been reticent to embrace this technology,” one executive said.

“This reluctance has been based on a performance perception dating back to the 1970s, when plow systems were not automated, had no ability to precisely define the cutting depth and did not possess the cutting and conveying power of today’s systems. But after exhaustive research into the most efficient mining method for low seam coal, Cliffs decided to opt for an automated Bucyrus plow longwall as the safest, most cost-effective and most environmentally friendly way to extract coal from low seams.”

In the past, the lack of automation on low systems made them difficult to manage, and shields had to be advanced manually – meaning there was always the need for personnel at the face. Today, full automation of the plow plus automatic shield advancement brings a new element of safety and efficiency.

The low production capacity, low travel speed and low installed cutting power also contributed to hesitation by US customers. However, capacity has now jumped from about 330 tons per hour to as much as 3,850tph, speeds have increased from 200 feet per minute to as much as 720fpm, and the 2x54 horsepower of past plow designs is now 2x1,080hp on average.

Bucyrus officials also noted that a lack of predefined cutting depth was a significant detriment to past systems, along with a constant low-pressure push. Today’s plows, however, allow for incremental plowing with electronically pre-defined cutting depths.

Bucyrus officials expect that Cliffs’ move into a new era of production will spur a greater demand for the plows, as it was already receiving a high level of interest in the technology from US coalfields at the time of the launch.

According to coalbed distribution statistics from Bucyrus and the Energy Information Administration for 2008, just 17.8% of all US underground production was located in coal seams measuring over 91in in thickness.

As the best mineable coal seams are becoming deeper, thinner and geologically harder to extract from, the benefits of utilizing plow systems over longwalls are easier to realize, the OEM said.

From a technical perspective, the full automation capabilities mean that once development is completed, no workers need to remain with the system as it moves across a coal panel. In fact, the only personnel required are the system’s maintenance staff as needed and a face inspector every other working hour.

While a plow requires wider main and tail entries, it also has the ability to navigate undulations more efficiently than a traditional shearer and has a higher specific cutting power.

Procedurally, the plow technology helps mines achieve a greater utilization degree and overall coal production rate, with no restrictions to the conveyor that often come into play when a shearer machine body is involved. With speeds as high as 720fpm the plow allows for a higher advance rate and a more consistent stream of coal.

The plow system also carries a higher capital cost than a shearer. However, this difference is quickly recovered due to the plow’s lower operating and maintenance costs. These lower costs are primarily attributable to the plow’s ability to mine in-seam, taking a minimal amount of rock; this reduces consumable usage (ie cutting tools) and the amount of reject that must be separated and disposed of during the preparation process.