FIVE of the 48 coal fatalities reported to date occurred in the final four months of this year and nearly all involved powered haulage. Today we summarize the September and October incidents.

“The victim had just dumped and was returning to the pit,” investigators said in the preliminary report of the September 3 incident at National Coal’s Mallards Creek Kansas mine in Walker County.

“The truck in front of him had stopped before entering the pit to allow a bulldozer to clear material. It appears the victim did not observe the stopped truck and struck it in the rear.”

Tittle had just two years industry experience, all of which was with Mallards Creek Energy.

Shortly after the incident, the US Mine Safety and Health Administration released a fatalgram report with best practices for other mines to prevent similar events in the future.

Workers were urged to remain alert, awake and to pay attention to the task at hand. All actions and intentions should be communicated to co-workers, particularly if the action is non-routine.

The agency also stressed that operators should conduct adequate pre-operational examinations of equipment and ensure all lights are operational, and should consider providing proximity detection devices to mobile equipment when there is a possibility of collision with other mobile equipment.

Equipment operators, meanwhile, are urged to maintain control of equipment at all times, making allowances for the prevailing conditions, and to use cab and vehicle marker lights at all times when vehicles are in use during low light conditions, even when stationary/parking. Finally, when waiting to be loaded, take the vehicle out of gear and set the parking brake.

Tittle’s death was the sixth classified by MSHA under powered haulage in 2010. A final report of the investigative findings was still pending at press time.

The 45th death occurred October 11, when a roof bolter operator was struck by a piece of draw rock in southern West Virginia.

William Dooley, 56, was working at Alpha Natural Resources’ Kingston No. 1 operation to complete bolting of a section of mine roof when a piece of draw rock fell without warning at 10.30am.

He was immediately evacuated from the mine following the accident and transported by ambulance to a local medical facility, where he was pronounced dead.

Dooley had worked for Kingston operating roof bolting equipment since August 2001. He had just completed his annual retraining session October 3.

In its best practices report, MSHA highlighted the use of surface controls to prevent rocks from falling between supports, and to train all miners on the identification of unsafe roof conditions. Additionally, it urged miners to remain alert to changing roof conditions, to know and follow the mine’s approved roof control plan, and not to leave freshly cut roof unbolted for long periods of time.

Alliance Resource Partners’ River View operation in Kentucky was the site of the 46th coal death, which occurred October 27 after a powered haulage incident.

James Jeffrey Faulk, a 39-year-old continuous miner helper, was struck and run over by a shuttle car at the Union County operation. He was about a mile inby at the time.

“The victim was in the No. 7 entry between crosscuts 37 and 38, repairing a ventilation curtain,” MSHA said.

“This entry and adjoining crosscuts were being used to gain access to the ratio feeder, which was located in the No. 6 entry.”

To help prevent similar incidents, MSHA released a series of best practices for US operations, highlighting the installation of proximity detection systems on mobile face equipment.

The agency also encourages the use of reflective clothing and permissible personal flashing lights to ensure high visibility, particularly when working in an area where mobile equipment is in operation.

Visible warning devices should be placed at all entrances to active work areas and travelways, and to increase visibility MSHA urges the use of transparent ventilation curtains. All workers, both pedestrian and operators, should be aware of blind spots when traveling in mobile equipment areas.

When performing work in active haulage travelways, mobile equipment should cease until that work is completed, with both positions and intended movements to be well communicated to mobile equipment operators.

Additionally, all mobile equipment should maintain safe speeds and audible warnings louder than ambient noise levels should be sounded at any time the operator’s view is obstructed.

Development progressing on time and on budget. 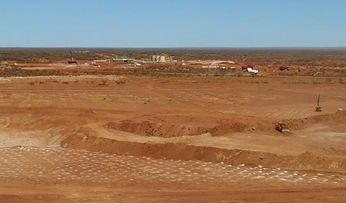 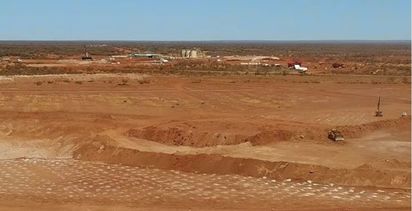