COAL sales from Rio Tinto’s Kestrel longwall mine will cease and the company will also declare force majeure on sales contracts from its Hail Creek, Blair Athol and Clermont mines in Queensland’s Bowen Basin because of the recent flooding. 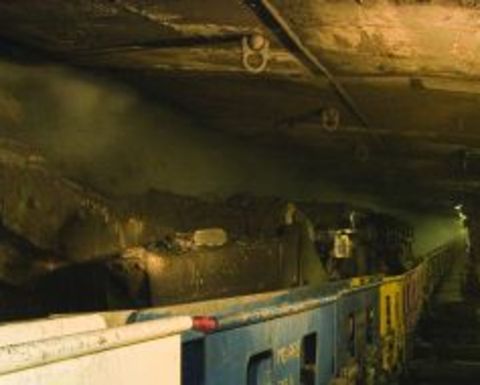 The effect of the Christmas deluge on Rio Tinto and other Queensland coking coal suppliers is prompting analysts to believe that the price of coking coal will escalate further, with UBS predicting it will rise from the current $US225 per tonne to $US250/t by the second quarter of 2011.

The severe monsoonal rain, on top of the significant rainfalls in November and December, has had an adverse impact on mining operations and has cut access to roads and rail networks, Rio Tinto said in a statement.

“As rain is continuing to fall in the region and further rains are forecast, Rio Tinto Coal Australia is currently unable to provide an estimate of the full impact of this adverse weather or the duration of the force majeure declaration,” the company said.

“While all efforts are being made to minimise the impact of this adverse weather on coal production, our primary focus at this time is on the safety and wellbeing of our employees and their families.”

The worst flooding in Queensland in 50 years has seen residents in the Bowen Basin town of Emerald being told to evacuate, with the Nogoa River expected to peak at 15.6 metres today.

QR National said as at December 29, the continuing wet weather and flooding was hampering access to the track and recovery efforts.

This has been compounded by the derailment of a Pacific National train on December 24 at Yukan, west of Mackay, which has resulted in the temporary closure of the Goonyella coal haulage system.

“Repair crews are working to resume coal services within the next few days. QR National is continuing to assess the track conditions and the longer-term impact on tonnages and the network; however, heavy rain and flooding is forecast for coming days,” the company said.

“Until these highly unusual weather impacts subside, it is not possible to make a full assessment on full-year published earnings forecast.

“QR National is also talking to its customers to assess current mining production and available stockpiles given the impact of the flooding on mines in central Queensland.”