AN investigative report from the US Mine Safety and Health Administration has revealed that operator error was to blame for a single powered haulage fatality last August in Indiana. 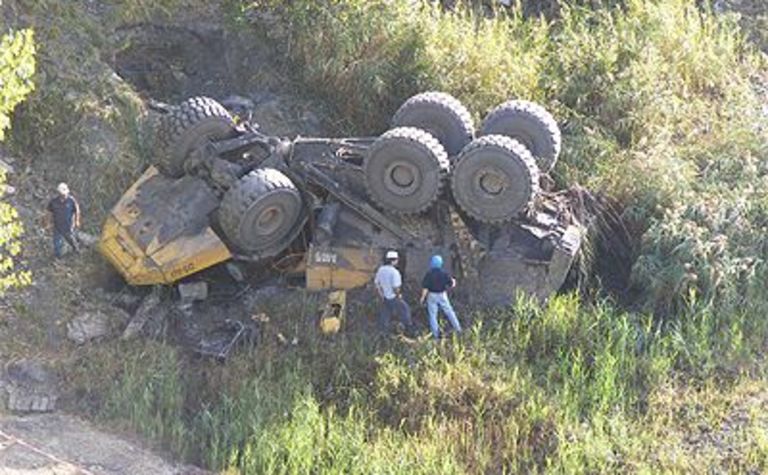 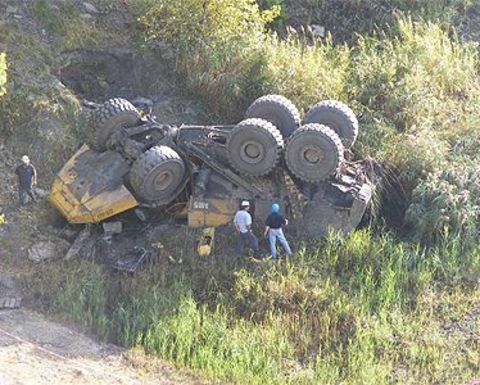 The scene of an August 2010 accident in Indiana.

Truck driver Brian Mason, 25, was killed August 31 at Triad Mining’s Freelandville operation in Knox County after the A40D Volvo articulating truck he was driving on a haulage road struck an embankment, then berm, and traveled 72 feet into a mine pit.

The victim, who had 16 weeks of mining experience and 44 hours of experience with the truck, worked for Dewey’s Super Transport. The report indicated Mason was alive when transported to the hospital but later died from his injuries; cause of death was officially ruled to be blunt-force trauma to the head.

Investigators evaluated all areas of the haulage truck, including the unit’s braking system, hydraulics and seat belt operation. A review of the victim’s training records also found that his training was up to date.

“The accident occurred because the operator failed to maintain full control of the Volvo A40D articulating truck while in motion,” MSHA said in its report.

“In addition, the operator of the truck was not trained adequately to control the truck when in motion.”

To address the root cause of the accident, the agency ordered Dewey’s Super Transport to retrain workers on the safe operation of the Volvo A40D, with a special emphasis on control of the truck when in motion.

MSHA also issued a 104(a) citation to the contracting company for a violation of 30 CFR, 77.1607(b) for failure to retain full control of the vehicle.

The operation’s non-fatal days lost injury incidence rate in 2009 was zero, versus the 4.04 national NFDL average. 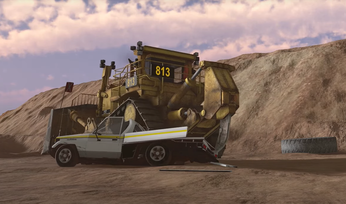 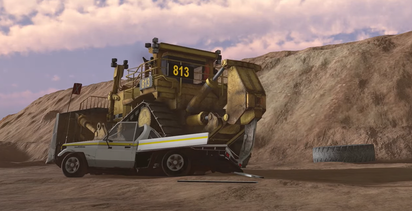