$7.5B coal-to-diesel project aimed for the outback

CENTRAL Petroleum has entered into a deed of cooperation with Allied Resource Partners to source funding and technology for a series of underground coal gasification and gas-to-liquids projects. 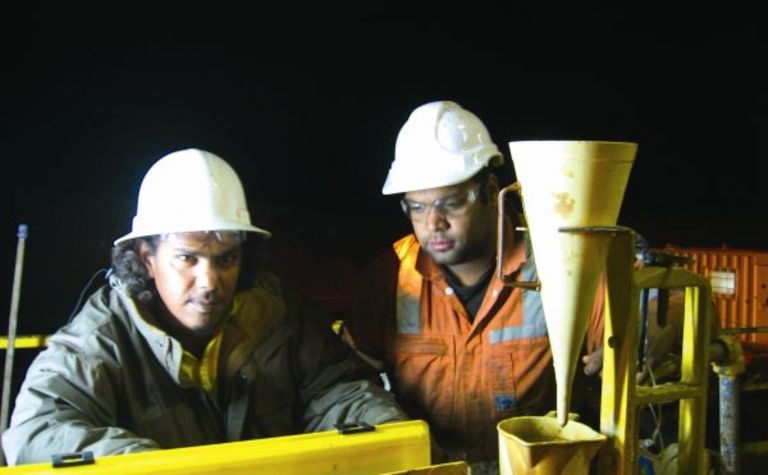 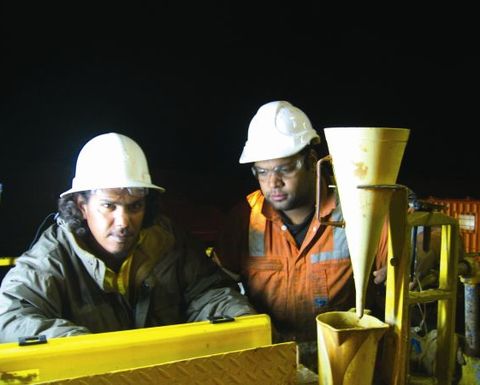 Traditional owners, employed by Central Petroleum and being trained on site in the Pedirka Basin, checking mud properties for drilling.

UCG extraction does not employ the same technology as coal seam gas. UCG does not require the lowering of the water table to drain coal seams, the use of fraccing techniques to rupture rock underground, or the use of carcinogenic chemicals.

ARP, a developer of resource assets, is a commercialisation partner over part of Central’s permit and application areas in the Pedirka Basin covering coal deposits in the NT and SA. ARP will instigate and oversee the global search for funding and technology partners for part of CTP’s coal assets.

The companies expect to begin fuel production within five years and forecast expansion to an annual output of about one billion barrels, which would make it one of the world's largest fuel fields. The $7.5 billion first phase would deliver 22 million barrels a year for the domestic and export markets.

The coal-to-fuel conversion technology would deliver a fuel with lower carbon emissions and more power than conventional diesel, and is already used by Linc Energy in south-eastern Queensland and Eskom in South Africa.

ARP’s David Shearwood said the operation would not involve mining. "We're not using diesel trucks to move rocks around, we're not using explosives which give off gases and in the mining process itself you give off methane, we're not doing any of those things," he said.

"We do produce a bit of CO2 in the process itself. We'll be capturing that CO2 and the bulk of [it] will be reinjected back underground."

Koutsantonis said the project was a "game-changer" for SA and could deliver as much as $500 million a year in royalties at peak operation.

"It's exactly what the new green economy is pushing us towards,” he said.

“The next 10 years in SA will be one of the greatest rapid expansions of minerals and petroleum exploration we've ever seen."

"This could make us a net exporter of petroleum rather than a net importer. [It] fundamentally changes the way we look at ourselves in terms of our energy needs,” he said.

One opponent, however, is Jimmy Cocking from the Arid Land Environment Centre, who said he was not buying assurances from the companies involved the process would be environmentally friendly.

"They're very keen to distance themselves from the coal seam gas industry in saying it's very different but there are still inherent risks associated with it," he said.

"This project is about ... pumping chemicals into the ground and pumping them up, so we got big concerns about it.”