JENMAR, which is constantly being given new challenges by the Australian underground coal mining industry, is focusing its efforts on solving problems encountered with adverse geological structures and high stress conditions – problems which in the past have proven to drastically reduce production and the income flows from record high coal prices. 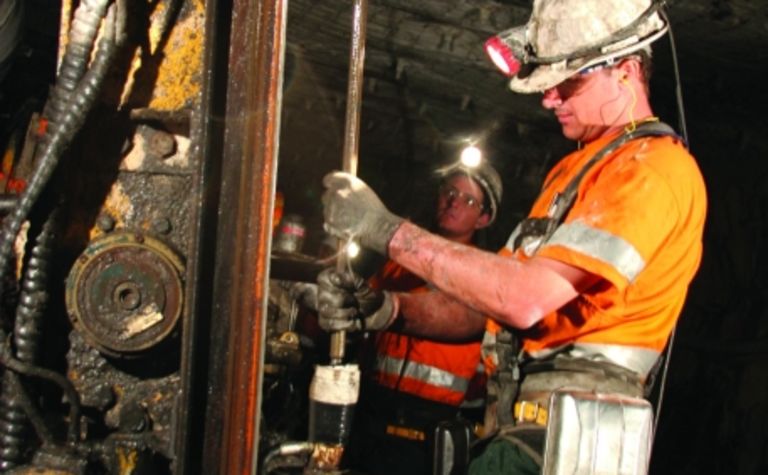 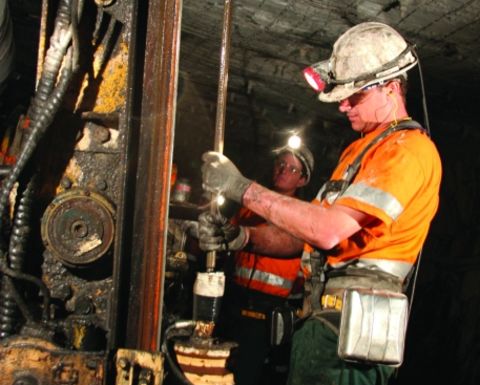 An underground operator during an installation of a Jenmar solid roof-bolt.

The requirements of ground support vary greatly at each minesite depending on the experience of the mine personnel, the bolting equipment used, materials transport logistics and the strata conditions.

In response to coal mines requiring a high bond strength hollow cable bolt system with improved ease and safety of installation, Jennmar embarked on developing the TG “Top Down” Groutable cable in 2007.

Over the period of 2007-09, the TG cable was refined for reliable installation in most of the conditions encountered within Australia’s underground coal mines.

The breakthrough in design came about from Jennmar working with Sumitomo industries in Osaka Japan, the long established manufacturer of Jennmar’s SuperStrand cable.

Sumitomo managed to perfect the placement of a hollow spiral reinforced tube within a wound 63 tonne cable.

The spiral formation of the tube allows a convenient thread type seal on the centre tube for water and grout injection, but most importantly provides a very flexible cable bolt for ease of handling 6-8 metre long cables by operators within 3m high roadways.

The steel selection for the load bearing outer wires was heavily influenced by the Japanese experiences in the construction industry. The use of a silica grain refined alloy steel enabled high strength to be achieved along with providing improved performance when used in environments causing stress corrosion cracking.

Typically the time-consuming step in installation of 8m cable bolts is the drilling, which can account for 60-80% of the total installation time to when the cable is tensioned (not grouted).

The cable installation design was therefore focussed on a relatively small 38-42 millimetre diameter hole for fast drilling; flexibility for speed and ease of handling; efficient bulbed end for resin mixing and anchorage to reduce the installation of resin to a single capsule; and pre-set barrel and wedge end fitting for speed and safety of tensioning, compared to the old style threaded connections.

When used with the new JLOK medium set “PG” water-based resin capsule, the installation of the point anchored, pre-tensioned TG cable (excluding drilling) was refined to less than eight minutes.

The next main design feature, which took a lot of trialling to perfect, was considered a step change by grouting operators. The bayonet grout adaptor on the base of the TG cable allows operators to remotely attach a lance which, when pressurised with grout, becomes self-locking.

The quick push and quarter turn attachment was considered critical to get right as many operators complained of the old style threaded grout fittings becoming very difficult to remotely attach when grout hardens in the thread.

The bayonet fitting cannot be removed under pressure and requires the grout line to be safely de-pressurised before undoing.

This greatly reduces the chances of grout injection injuries and generally reduces exposure to operators.

The TG cable has now been used in many high stress underground roadways and in around 30% of Australian coal mines.

Jennmar mining engineer and research and development manager Peter Craig said the system is growing in popularity, since installation of ground support is still a leading cause of injuries in many mines.

“Performance testing of the TG cable occurs throughout development and then at customers requests, where the system consistently performs to the highest standards,” he said.

“The TG cable has since become established throughout the industry and has continued growth in demand.

“Jennmar’s commitment to innovation and a systematic approach to solving site specific problems has led to the development of a broad product range over the last five years that significantly enhance workplace safety, quality and productivity.”

Pre-tensioning of 60t capacity cable bolts up to 25t has become excepted practice over the last 10 years in Australian underground coal mines, the benefits of applying tension to the strata via the cable bolts has improved the control of ground movement.

Pre-tension has been traditionally placed on the cable bolts using various designs of hydraulic cylinders.

However, there are engineering limitations on the design of these tensioners with regards to materials and operating pressures to keep the weight below 20 kilograms, to enable an operator to lift the tensioner up to the roof to place it onto a cable bolt.

Aluminium is not permitted onsite, and the physics of pressure, force and ram area generally require a cylinder in the vicinity of 200-250mm diameter.

The result is typically a steel robust design, operating at 5000-10,000 pounds per square inch pressure and weighing anywhere between 12-18kg.

From these parameters, it is obvious that significant hazards exist in regards to hydraulic injection, strains and impact/crush injuries to operators during underground ground support installation. Elimination of the hydraulic tensioner is the best option in the hierarchy of controls for these hazards.

Tensioning of cable bolts by using the rotation of the drill motor had been attempted, but the issues of cable wind up and release of tension upon removing the spanner were never solved effectively and the idea had been all but abandoned by the industry.

In 2007, Jennmar set about designing a tensioning device for cables bolts which enabled use of the drill motor rotation, eliminated un-wind, and allowed standard installation equipment to be used.

After two years and three to four designs were trialled by Jennmar New South Wales and Queensland personnel, the final design was a combination of features to form the brand named “ToTo Device”.

A locking dome section provides a reaction force against the roof to prevent rotation of the cable strands, while high strength machined threads and a machined flat bearing face of the barrel reduce friction to obtain tension from rotation.

The design dimensions were refined through finite element analysis and a design risk assessment was also completed in the process.

Once the dimensions were set to allow the device to fit through the standard gripper jaws of a bolting rig, the material selection was the next critical factor, in order for the tensioning device to obtain the necessary strength.

Over a period of three months, devices were made from different materials with various heat treatments and these were subjected to destructive testing in Jennmar’s laboratory.

The worst case scenario of the device, wound out with only 30mm thread engagement left, was used for all the destructive testing.

Finally the correct materials were determined and the device was set for underground testing.

The special dolly had a spring loaded retractable spigot to allow the socket to move down as the device was tightened, as tightening the ToTo results in the device growing in length.

The ToTo device is now used at four underground coal mines where cables are installed at the face of the continuous miner.

The installation of the 60t capacity mid-length cable is nearly as fast as a standard 30t capacity roof bolt, except for the extra drilling involved.

“The speed and improved safety achieved with the ToTo device has encouraged cable installation at the face in high stress conditions and has led to major improvements in ground support with some reported reductions in outbye long tendon support density,” said Craig.

“The ToTo has proven to eliminate the hazards associated with hydraulic tensioners and has now opened up options for development personnel and geotechnical engineers to install more mid-length cable bolts at the development face.”

Gains capability that allows it to turn diesel equipment into battery-electric vehicles. 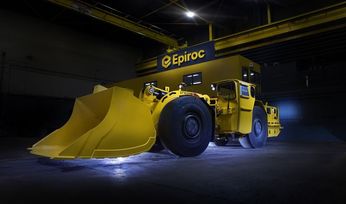 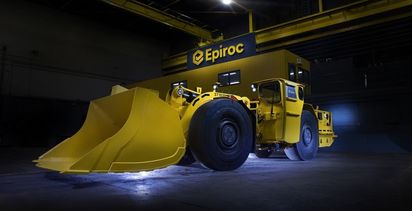