AN investigation into the death of a 28-year-old man who died after colliding with an empty coal train near BHP Billiton Mitsubishi Alliance’s Goonyella Riverside mine last year has found rail operator QR National could have done more to avoid the tragedy.

The investigation into the July 2010 incident was undertaken by the Queensland Department of Transport and Main Roads.

A report on the investigation released Monday by the Queensland Parliament revealed the man was killed after a QR National vehicle collided with his four wheel drive at Occupational Crossing 5805.

The report said the train had struck between the driver’s door and the front right hand wheel of the vehicle, which was then pushed sideways along the track for approximately 50 metres.

The victim was conducting water sampling for BHP BMA on dams within the mining lease.

A 24-year old passenger in the four wheel drive received life threatening head and chest injuries as a result of the incident and could not recall the event at the time of the investigation.

The department’s investigation found the immediate cause of the incident was that the ute driver failed to give way to the train and turned into its path because the driver of the road vehicle “did not see the train approaching.”

The investigation determined the train driver did see the vehicle, however did not brake as it had assumed the vehicle was stationary and would remain stationary at the crossing.

The reason as to why the driver of the road vehicle could not see the approaching train prior to turning onto the crossing was attributed to the geometry of the track and the topography of the land.

QR National was also found responsible for what the report said was the underlying cause of the incident.

It was determined that QR National failed to put in place control measures to prevent unauthorised persons entering the rail corridor and had not assessed the risks associated with changes in the land.

“The railway manager failed to conduct any maintenance on the rail corridor access road in the vicinity of Occupational Crossing 5805 or on the crossing itself until after the incident occurred in July 2010,” the report explained.

It was also found that the driver of the utility vehicle had been on a mobile telephone immediately before the collision occurred at 10.36am, despite the utility being fitted with a hands free mobile phone kit.

The report said the call could have prevented the utility driver from being able to hear the train sound its horn 375 metres before the crossing.

In an effort to prevent a similar incident, QR National has since locked the gate to the rail corridor access road and reinstated signage. 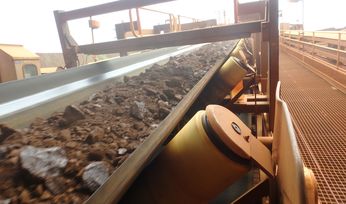 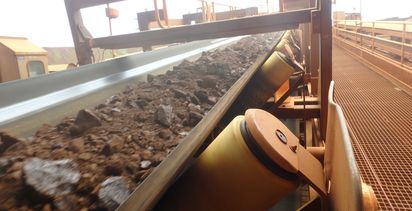