Another mining brainwave (not!)

IT’S an idea that could only have come out of the rarefied air of the inner city – slowing down the mining boom. The Outcrop by Robin Bromby.

You think you’ve seen and heard everything – and then along comes Ross Gittins, the economics editor of the Sydney Morning Herald.

“The case to slow down the mining boom” was the headline on his latest think piece.

Earth to Ross: how do you expect Australia to stay afloat economically if we reduce mining exports either now or into the future?

The rest of the economy has been wrecked; manufacturing and farming for starters. Retail is now on the way to the basement and can other segments of the services sector be far behind?

Gittins takes up the case posited by Dr Richard Denniss, director of the Australia Institute.

Essentially, he argues the mining sector has gotten too big and is unbalancing the economy. Yes, that may be right: but the suggested remedy is one that you could hardly take seriously.

That is, take the decision to proceed with mining projects out of the hands of mining companies.

Yes, that is what Gittins is channelling from Denniss.

Let me just quote the conclusion of the column summing up the Australia Institute’s view.

“Why should we bear the macro-economic costs generated by the miners’ race to be first out the door with our resources? He proposes that new mining projects be required to bid at auction for a set number of development permits. This would ensure the most profitable projects proceed first.”

We’ll come back to that in a minute, but here’s the last sentence: “And if you don’t like the sound of that, he says the same effect could be achieved by removing the mining industry’s present subsidies on fuel and alleged research and development spending.” (My emphasis.)

Oh, Ross and Richard: that last one will be music to Wayne Swan’s ears.

But – hey – get the “alleged”. Ross, are we perhaps flying our colours a little too clearly here?

Remember, this is the same newspaper that last year published an article by another of its economic writers arguing mining was not all that important to the Australian economy because of the comparatively small numbers of people it employed. The services sector, by contrast, employed legions of little Aussie battlers and therefore was much more vital. The writer, of course, did not consider export income generated by mining versus your local barista to come into the matter.

So, back to the point about the permits.

Ross, a question: who is going to decide which are the most profitable projects? Some genius in Canberra, perhaps? Maybe even the one who came up with the National Broadband Network?

There are a lot of gradations between open-pitting a 10,000oz resource and building a mammoth iron ore mine in the Pilbara. Can the person awarding the permits balance, say, tungsten against manganese?

Another question: what happens if the price of a commodity falls someway through a project’s development? For example, copper falls by $US2000 a tonne. Would this mean that whoever issued the permit has a change of mind and orders development to stop, with the permit being transferred to, say, a uranium project because suddenly yellowcake has soared over $US100/lb due to 55 new reactors being announced around the world?

Gittins wonders how much we lose if these minerals stay in the ground a little longer. Well, Ross, Canberra could lose big-time because its mining tax (and company tax) revenues would be affected. Nor enough money for hospitals, welfare or defence. Not to mention, of course, the balance of payments and the foreign debt needing to be serviced.

There are problems with mining and energy and the so-called two-speed economy, and Gittins and Denniss are right to raise the issue.

The fact is, as they say, that in the pipeline at the moment are 94 mining projects worth $173 billion with many more rearing to go.

Yes, and this – as they say – plays into skilled shortages, wages pressure and a high dollar.

But “boom-crazed miners”? Yep, that’s what Gittins calls you.

Yes, Ross and Richard, there is a problem that the economy is unbalanced because mining is taking over, but how about coming up with ideas to boost other parts of the economy rather than tear down our one success story.

Australia is facing a difficult future. The world around us is changing but Australia is not. We have no new industries, no ideas about creating other growth centres in economic terms.

We’re going to be left behind in the 21st century.

But making miners – boom-crazed or not – beg for permits to supply the world is not the answer. 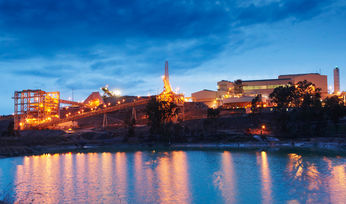 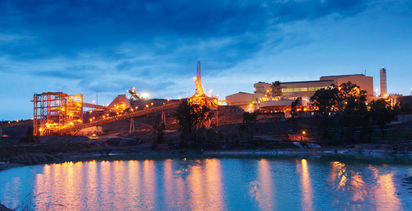