THERE must have been more than a few mining companies yearning for the past at this year’s Mining Indaba in Cape Town. For many reasons, they must have longed for those days when the event was staged in the warm ambiance of the Cape Sun hotel in the city centre. African Angle, by Barry Avery 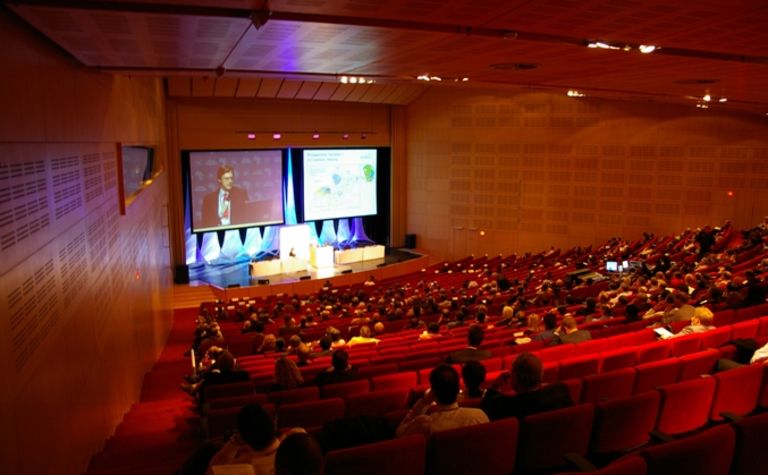 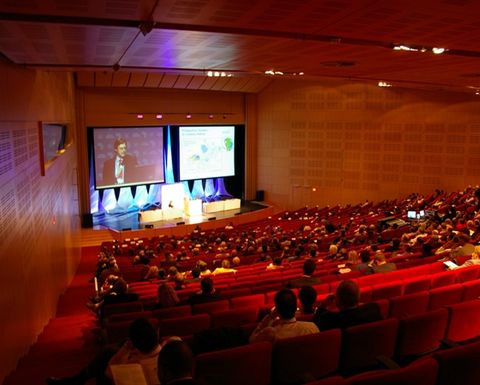 The Indaba conference in Cape Town.

Spread across two floors of the five-star hotel, the event was almost exclusively a forum for juniors and majors to get together in what South Africans call the ‘Mother City’ to tell their stories, catch up on old friendships – and, of course, do deals. And it was a homely event, much like Diggers and Dealers, where you could be on first-name terms with the organisers if you needed help with checking a presentation, getting some double-sided tape for your booth.

But you can’t keep a good conference down and the move to the Cape Town International Convention Centre (CTICC) was born out of the rapid rise of numbers of delegates attending the event – from hard-drinking Aussies to sleepy-eyed Canadians and, of course, the Brits who were simply delighted to be away from grey, damp Old Blighty in February.

The start of what many of us believed was an unstoppable resources supercycle in those mid-2000 years saw Indaba emerge as one of the world’s premier mining conferences. At the height of the resources boom in 2007, it was estimated that at least 40% of delegates to the Mining Indaba came from Australia.

The world of 2015 is very different. Apart from Indaba’s rapidly rising delegate ticket price, over the past two years there has been increasing concern that Indaba has lost its way and was simply becoming a trade event.

This had the effect of taking delegates out of the CTICC and into the lobbies of other hotels, restaurants and Victoria and Alfred Waterfront venues, away from the hard-talking trade salespeople at Indaba.

One respected South African mining writer – who has attended more than a dozen Indabas – put it like this: “There has always been a crowd of people hanging around in the hotels close to the Convention Centre such as the Westin, Cullinan and the Radisson Blu in Grainger Bay who interacted with delegates and held meetings – but were not delegates to Indaba themselves.

“They refused to pay the exorbitant delegate fees which are now north of around R20,000 (about $A2200). Those guys were there in full force again this year but there’s now a new conference set up – the 121 Conference (read one-to-one) – which was run in parallel and in competition with Indaba at Welgemeend, a Cape Dutch style mansion in the Gardens section of Cape Town.

“Their pitch is that Indaba has become one big trade show and has lost its roots as an investment-oriented conference where miners, fund managers and analysts get together,” he said, adding that the 121 Conference intended to get back to those roots, and even laid on shuttle buses every 30 minutes to get Indaba delegates to the 121 Conference site.

African Angle’s South African journo friend continued: “This went down very well and it was noticeable that a number of clearly cash-strapped junior mining companies did not present at Indaba but did present at Conference 121 and also held meetings on the fringes of the Indaba conference without being delegates.”

An Australian mining journalist, on his first visit to Indaba, said he too was struck by the overwhelming presence of service companies and equipment providers instead of explorers and miners.

“It reminded me of the AIMEX equipment expo in Sydney, all gear and technology, even though with no trucks parked on the exhibition floor.

“I had heard some chatter before the show that there would be a dearth of Australian delegates, but I didn’t find this to be the case. I heard lots of Australian accents on the floor, as well as from all parts of the world. All in all it had the most international feel of any conference I’d been to,” he said.

Other anecdotal comment from delegates noted that while the conference organisers claimed there were up to 7000 in attendance, the real figure was about 60% of that. But on the bright side, the presentations were better than usual.

“It struck me that the new owners (of Indaba) had put quite a bit of effort into upgrading the standard of the presentations and they also brought in Tony Blair for a special presentation which seemed to go down quite well,” said one Indaba veteran, adding that unfortunately there were many messages of gloom, doom and pessimism for the mining industry.

For the first-time Aussie journo, however, he was swept away by Cape Town and South Africa – with qualifications: “It was my first time in Cape Town, it is an utterly stunning city with warm culture. I’d move there in a heartbeat – but I wouldn’t buy property there because of the feeling of instability,” he said, citing the fracas in parliament during Indaba time when disruptions during President Jacob Zuma’s state of the nation address led to the physical removal of Economic Freedom Front Members of Parliament.

Like host country South Africa, the Mining Indaba event needs some harsh introspection, and a good deal of reinvention, if it wants to keep its place in the world.

But the final word goes to respected long-serving editor of South Africa’s Modern Mining, Arthur Tassell: “I would characterise the mood at the Indaba as subdued. Miners are, by nature, optimistic people but clearly it is difficult to remain upbeat when the prices of some commodities have more than halved over the past year. And, of course, it’s particularly difficult for South African miners to be upbeat given the fractious nature of labour relations here and the constant load-shedding by our electrical utility, Eskom, which looks set to continue for months – possibly years.”

Turned out a 60 kilowatt fuel cell and 120kW battery. 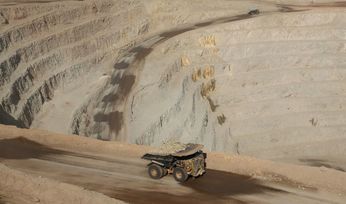 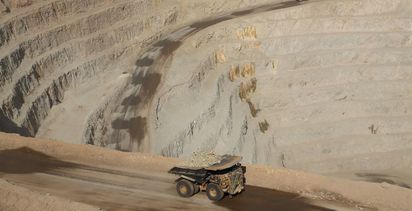