MACMAHON Holdings’ death by a thousand cuts is continuing with the firm’s latest half year results confirming a $123.8 million hit due to writedowns, an onerous lease and a net loss of $112.5 million.

Putting a positive spin on it, Macmahon executive chairman Jim Walker said that if all the red ink on the balance sheet was ignored the company had reported an underlying net profit after tax of $11.3 million from revenue of $384.3 million, down 30%.

Underlying EBITDA from continuing operations of $55.9 million was recorded and the firm’s operating cash flow was $27.2 million.

The company is still smarting from the loss of one of its largest contracts, the Christmas Creek Expansion for Fortescue Metals Group, and overall challenging market conditions that forced several downward revisions in its 2014-15 revenue projections to between $600-$700 million.

Walker said the company would have to slim down, but would survive.

“We are looking at every opportunity to improve our productivity and reduce costs. We are currently in the process of streamlining our business in line with the changing conditions to ensure that we are operating as efficiently as possible,” Walker said.

“We have already begun the process of consolidating our Perth offices and will be looking to further reduce our overheads over the coming months.”

Already the company has talked of wage freezes and staff reductions to better reflect its order book.

“Mining is cyclical and it is important to remember that over the company’s long history, Macmahon has successfully adapted to changing market conditions through many cycles,” Walker said.

“We have a healthy balance sheet that is underpinned by world class assets and a low gearing ratio of 11.3%. This gives us a strong foundation to work from.

“We are actively pursuing new work in Australia and overseas and our strategy is to target a broader range of opportunities where we have a competitive advantage.”

He also expressed a continued hope that the company could recover the $30 million owed to it due to its stalled coal mining contract in Mongolia.

While the company’s shares dropped almost 40% this week they recovered slightly this morning to $0.036, up almost 6%.

Macmahon out of work as Dacian puts Mt Morgans on ice. 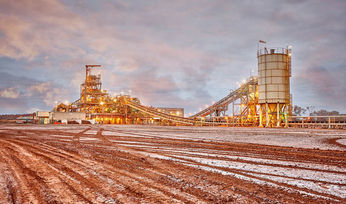 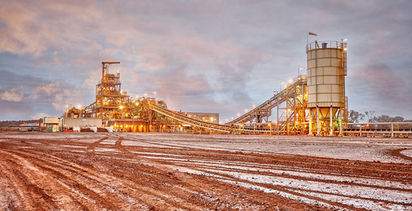