The answer is on the printer

LOOKING for a way to speed up product development in the mining space? The answer could be as simple as just pressing ‘print’. Supply Side by Australia’s Mining Monthly editor Noel Dyson

Three dimensional printing has been an emerging tool for the past few years as developers find new ways to make use of the technology.

It has been thrown into everything from space craft development, to construction to firearms.

Some time has passed since Supply Side looked at this area but he does remember some early videos of very nervous people testing out their fresh-from-the printer guns.

It cites data from research Canalys that shows the market, including 3D printers and associated materials and services, will generate about $5.2 billion this year and become a double-digit billion dollar market by mid-2016.

There has been talk of using 3D printing in the mining space.

Managers have been attracted by the thought of being able to simply print out replacement parts on site.

So far, though, it has just remained talk and the part printing concept has remained just that – a concept.

Well at least for replacement parts.

Mining parts maker Keech has taken on the 3D printing approach and used it to cut its product development times in half.

By using 3D printing, Keech can quickly test different approaches to problems such as improving the method of attaching a component or reducing a component’s weight.

“What would take us 180 days to develop in the past can now be done in 90 days thanks to our new streamlined system so we’ve essentially cut the development time in half,” Hebbar said.

“Previously we would have had to make a 300kg steel casting of a component and we still wouldn’t know how well it would fit in with the other components in a machine until it was installed on site.

“Now, with or 3D printing capability we can get a much better feel for a product’s compatibility using a scaled down version.

“We are able to tell right away if it will work without having to go through the huge expense and time consuming process of making a full-size casting.”

The updated development process was created partly in response to demand from the mining industry, where componentry can play a major role in production efficiency.

“During the mining boom period the primary concern for mine operators was getting the components they needed as quickly as possible,” Hebbar said.

“Everyone is looking for a smart idea that will keep their machines running longer.”

This streamlined process of information gathering and 3D printing has not come at the expense of rigorous testing. While it is faster, the process has actually become more detailed than ever.

“Where once we had five or six different steps in our development process we now have 15 steps,” Hebbar said.

“The goal is to produce the right product first time so we conduct even more validation and prototype testing.”

Another part of the driver behind the 3D printing move is to remain competitive in what is become an increasingly cut-throat global market.

The knowledge the Keech development team gets from the use of 3D printing further expedites the process of developing components.

“We can see what has worked in the past so we can compare and benchmark against what we are currently doing,” Hebbar said.

“The design inventory helps with the flow of imagination within our engineering team, enabling them to develop better and better products.” 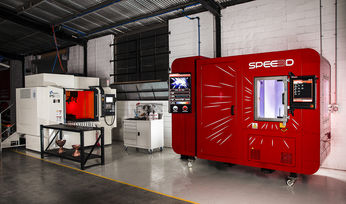 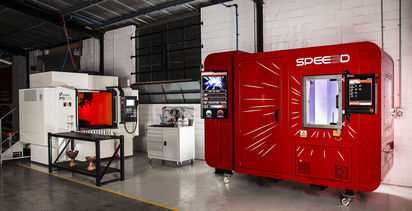 A need for speed