MACQUARIE Wealth Management views that Santos’ late Q3 target for first LNG from Gladstone LNG is comfortably achievable while UBS believes it could occur in August. They also revealed their expectations of the recent Malaysian offshore discovery.

Santos’ recent late Q3 guidance was based on a six-month delay between first commissioning gas and first LNG production.

Both UBS and Macquarie noted that the BG-led Queensland Curtis LNG operation achieved this in 4.5 months.

Macquarie said the other Curtis Island-based Australia Pacific LNG venture was targeting 5.5 months in this regard and consequently deemed GLNG’s late Q3 target as comfortably achievable.

UBS believes this deadline could be beaten.

“In our view there is still potential for LNG production to commence in August,” the broker said.

“Once the project starts up, we expect output for train 1 to quickly ramp up and reach 100% capacity in early 2016. When train 2 starts up in 1H16 we expect a much slower ramp up in output from this train, due to the slower build-up in gas deliverability from the upstream fields and lower customer nominations.”

Also on the demand front, UBS said it did not expect full LNG contract nominations until 2019.

Both brokers were also keen to learn more about the new oil discovery made by the JX Nippon-operated Bestari-1 deepwater exploration well in East Malaysia, in which Santos has a 20% stake.

It was announced as a “significant” oil discovery last month – triggering size expectations from both brokers.

“Due to the suggestion of further appraisal and given the high commerciality thresholds associated with deepwater oil developments in this part of the world, we continue to assume a meaningful 100-200 million barrel target size,” Macquarie said.

UBS said offshore prospects there needed to be more than 50MMbbls in size to be considered for drilling due to the tough fiscal terms in place.

“With the Bestari-1 well intersecting 67 metres of net pay, we suspect the discovery has the potential to be more than 100MMbbl in size,” UBS said.

“Another exploration well, Lawa-1, is being drilled in the same block after spudding on 31 March. In the Deepwater block 'S' the Ehsan-1 well is drilling ahead.”

The views from the brokers came from recent reports that were released before Santos’ underway Cooper and GLNG investor visit (April 20 to 23) with UBS keen to find out how much more third party gas volumes were required for GLNG during this tour.

Macquarie has an outperform rating on Santos including a 12-month target price of $10 per share made when they were $7.96.

UBS has a buy rating on Santos including a 12-month target price of $9 per share and made when they were $7.93 each. 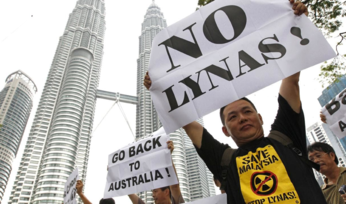 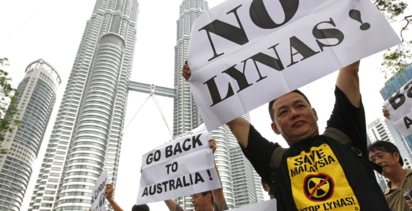