DIVERSITY has proven a strong business strategy at Civmec, with the services provider bagging $68 million worth of new contract wins and additional scope to existing projects in mining, oil and gas and construction.

These include new contracts from Rio Tinto, Sedgman, GE Oil and Gas and energy service provider FMC Technologies, as well as increased scope of work for the Roy Hill iron ore project in Western Australia and construction of the new Perth Stadium by Brookfield Multiplex.

The Rio Tinto vertical package contract involves the delivery of a Pilbara fuel facility at the Brockman 2 and Brockman 4 iron ore mine operations in WA.

The project will involve fabrication, as well as civil, structural, mechanical, piping and electrical works.

It will also include the construction of various facilities, one of which will serve to unload 16 rail tank cars simultaneously and another to load road tankers. Work will start immediately and will continue until September, with a peak of 90 workers expected onsite.

The project will involve a peak of 140 workers building and installing tanks and filter equipment.

Work will also start immediately and is expected for completion in November.

Over at Roy Hill, Civmec will be carrying out bulk earth works, trenching and electrical services on behalf of Samsung C&T, the project’s lead contractor. Work is underway and is scheduled for completion by mid-2015.

“We are delighted to announce these new awards with existing clients and feel this highlights a satisfaction in the market for our service offering and demonstrates the breadth and depth of our capabilities, along with our commitment to providing our clients with the highest levels of service,” he said.

Other new contracts from GE Oil & Gas and FMC Technologies are for the fabrication and testing of oil and gas equipment at Chevron’s Gorgon liquefied natural gas project and Woodside’s Persephone gas project in WA. 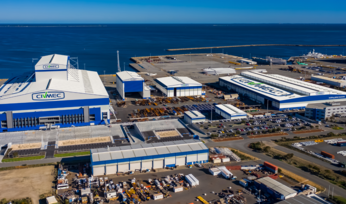 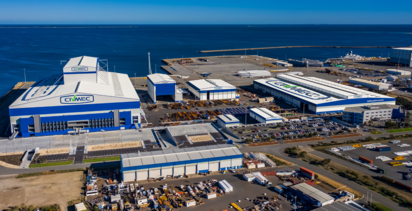