ALINTA Energy has unveiled plans to close down the Leigh Creek thermal coal mine and two associated Port Augusta power stations in South Australia as early as March next year.

These assets of the Flinders Operations Division have become increasingly uneconomic to Alinta, which said they will not continue beyond March 2018 and may close sooner “but not before March 2016”

“There are approximately 440 employees that will be affected by this difficult decision,” Alinta CEO Jeff Dimery said.

“Their welfare and that of their families is our highest priority at this time.

“All affected employees will receive their full entitlements and the company will provide additional support services to assist during this transition. It is anticipated that a total in the vicinity of $75 million in redundancy benefits and entitlements will be distributed to employees across the Flinders business.”

The decision was made following a strategic review and consultations with the South Australian government and other stakeholders.

“Throughout the four and half years that we have been running the business we have investigated all possibilities to find a viable economic solution for its continued operation,” Dimery said.

“During this period the company has incurred operating losses in the vicinity of $100 million whilst at the same time investing an additional $200 million to extend the operating life of the Flinders business.

“The decline in demand for energy, as households have become more efficient and the number of industrial customers has declined, combined with policy settings designed to support significant growth in renewable energy generation have together had the effect of causing a significant oversupply of power available to South Australia.

“We now believe that there can be no expectation that the Flinders business can return to profitability.”

Work on a closure plan will follow with Alinta flagging that some “operational adjustments” were required at the Flinders operations to support the decision in the near term.

“A timetable for the closure will be finalised based on further review of critical risks associated with extended operation, with a view to moving to an earlier closure date, not before March 2016, if circumstances warrant,” Alinta said.

Alinta Energy envisages closing down the Leigh Creek coal mine and two associated power stations next... 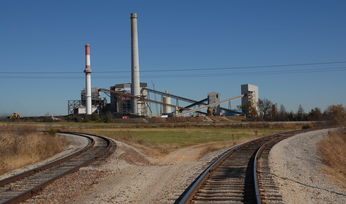 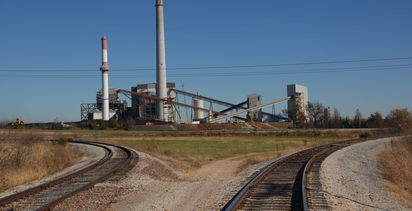