Flakka is related to the so-called designer drug “bath salts”, perhaps best remembered for being blamed as the cause for a face-eating cannibalistic attack in Miami a few years back.

A Miami police officer shot and killed Rudy Eugene in 2012 after repeated pleas for him stop eating another man's face during an unprovoked attack in broad daylight.

It took four bullets to kill him and finally stop the horrific attack.

Meanwhile, police in Magaluf – a major holiday resort on the Spanish island of Majorca – warned British holidaymakers this week they were risking their lives by taking the new party drug that they said sparked aggressive “zomie-like” behaviour.

Flakka causes hyper stimulation and paranoia, while ketamine is used medically as an anaesthetic or illicitly to create powerful hallucinogenic effects, Leibie said.

None of the drugs is new, but their use is on the ascendency.

“Given that only a small number of drug tests undergo advanced screening, it’s difficult to know how far the new designer drugs have infiltrated into the workplace,” Leibie said.

“However, based on what’s happening in parts of Asia where use of these drugs has been growing rapidly, it’s clear the problem will quickly increase unless employers begin testing for the new drugs as soon as possible.

“It’s not just a blue collar problem. Drugs in the workplace are just as likely to be affecting professionals and management as they are unskilled labourers.”

Happily, for a price, SafeWork Laboratories is prepared to conduct just those tests.

Leibie, who is also a qualified toxicologist with international experience, said random drug testing was proven to be effective in reducing drug use in the workplace.

“When random drug tests are first introduced at a new site, it’s not unusual for up to 10% of samples to be positive for drugs such as cannabis or amphetamines,” he said.

“Once the workforce is aware that they face random testing for these drugs, the rate drops almost overnight to around 5% and eventually to between 3% and 4%.

“Because new designer drugs such as flakka do not show up in standard drug tests, there is currently no incentive for workers to stop taking them.

“While advanced drug testing is more expensive, it’s something that employers need to take into account as part of their workplace health and safety spend.”

SafeWork formed in 2012 and now says it is Australia’s most advanced drug testing provider, with state-of-the-art analysis capable of detecting an extensive range of illicit compounds, including synthetic drugs and new age substances.

Many of these have previously only been detectable in police forensic labs.

Hair testing can detect drug use that occurred up to six months previously, while saliva and urine testing is limited to around 24-48 hours and up to several weeks respectively.

The workplace drug testing market in Australia is estimated to be worth around $80 million per annum in direct costs and was growing at around 20% a year.

Currently the fastest growing sector for drug testing is transport and logistics.

SafeWork has testing laboratories in Perth, Port Headland, Brisbane and Darwin with another completing accreditation in Melbourne.

Plans are also underway to open a laboratory in Sydney next year. 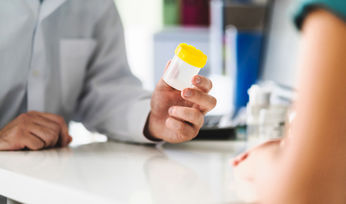 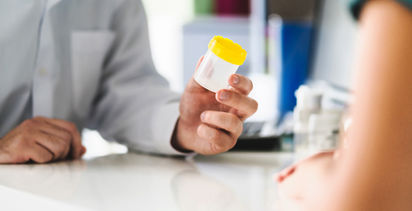