ENGINEERS Australia WA division president Francis Norman believes the pace of redundancies is starting to abate following the “horrible” March quarter for engineers in the state.

The ongoing volatility in oil markets makes it hard to rule out further redundancy waves but the turbulence seems to have lessened of late.

In regards to the oil and gas industry job losses this year, although it should not be forgotten that wage freezes and salary cuts have also been widespread, Norman said engineers still faced difficult times.

“Not a lot of people want to talk about it,” he told Energy News.

“A lot of companies don’t want to talk about it.”

He understands why those impacted tried to keep these matters quiet.

“It’s a reputational thing. For individuals it is very much that your sense of identity is tied closely to the job you do. When that job isn’t there anymore it’s hard for some people to actually stand up and talk about it.

“Last year, and let’s say the first quarter of this year, were horrible for engineers in WA.

In some cases, the redundancy sprees came from unmet corporate expectations as downturn triggered delays and cancellations took hold.

“What we have had is there have been a lot of projects finish and a lot of companies who were hanging on to people and thought they would be awarded new project,” Norman said.

“Those projects haven’t started and eventually they reached the point where they couldn’t afford to keep the people with them anymore. So there have been an awful lot of people let go right across the industry.”

There is some hope but how long it will last is unknown.

“I feel that at least the decline is starting to abate,” Norman said.

“I’m hearing of fewer people being retrenched. I’m not hearing a lot about people starting new jobs ... but at least the decline seems to be stabilising.

“Hopefully, in the not too distant future we will start to see some people getting new opportunities.”

The downturn had followed some incredibly good times for engineers in WA over the last few years.

“We had the high Aussie dollar; the ridiculously high peak of work here; we had all three of the primary industries that employ engineering in WA – being oil and gas, mining and infrastructure – all investing heavily at the same time,” Norman said.

“It drove prices to the point where they were unsustainable. With the Australian dollar coming back down a bit and with those projects coming to an end – a lot of people lost their jobs. The jobs that are being offered are paying lower rates than previous ones. So the big adjustment going through the whole engineering industry here in WA is that people are starting to get back to the new normal if you like.”

The change from the boom times is dramatic for some.

“It gets to the point where people just assumed that’s the way the world works and it was for such a long time. It’s going to take us a while to adjust back to how it used to be before all that started.”

Water trucks expected to keep the dust down and improve safety. 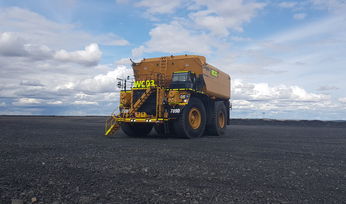 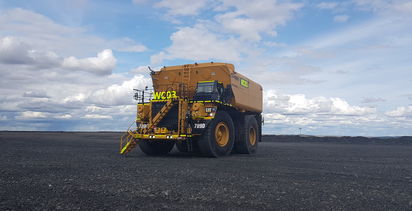