THE coal mining industry is “killing” jobs and its carbon pollution it is threatening Australian’s way of life, according to the Australian Greens but the Queensland Resources Council said that the development of the state’s Galilee Basin would ensure employment in central Queensland. 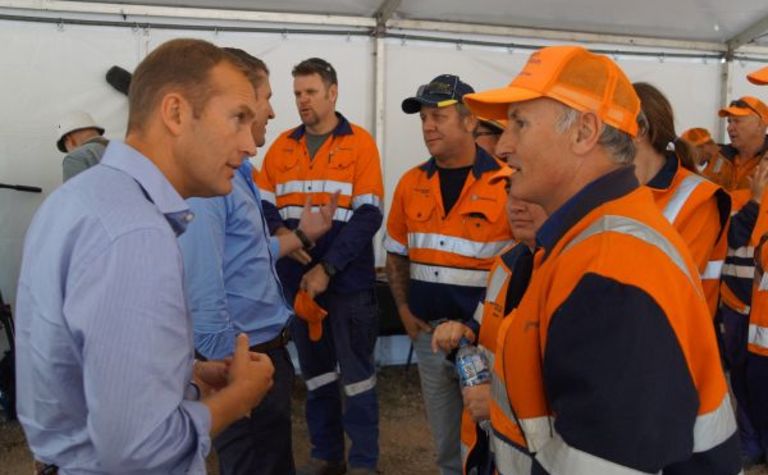 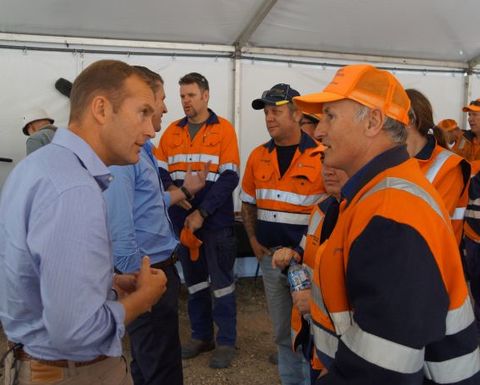 NSW Planning Minister Robert Stokes, with Premier Mike Baird behind him, meet with Drayton mine workers.

The mining lobby does not want to talk about the jobs it is killing in the agriculture, tourism and renewable energy industries, Greens Senator Larissa Waters said.

“Even though coal workers are losing their jobs, because the coal price is in structural decline, the big parties aren’t providing them with an alternative,” she said.

“We need to take advantage of the jobs and trade opportunities of the clean energy economy, with a transition plan for coal workers, who are losing their jobs because the coal industry is dying.”

But QRC CEO Michael Roche said communities such as Townsville, Bowen, Mackay, Clermont, Emerald, Barcaldine and Alpha would welcome the fact that, despite the relentless campaign of the activists, the unlocking of the huge jobs potential of the Galilee Coal Basin is one step closer with the release for public comment of the environmental impact statement for the Abbot Point port expansion.

‘‘We congratulate the state government on producing a comprehensive draft EIS containing 150 commitments to the environment,” Roche said.

“We fully expect though that the anti-coal activists will also look to game the legal system to delay this port development approval.”

NSW Minerals Council CEO Stephen Galilee said it’s easy to forget that the industry is "not just made up of mining companies, but also thousands of individuals doing their best to earn a living to support themselves and their families".

"We’ve already seen around 4,000 Hunter mining jobs lost over the last two years and the region as a whole has reached an unemployment rate of 12.4% - twice the state average," he said.

"Under these circumstances we need to ensure that those deciding on the policies for our industry understand the implications of their decisions go beyond the costs to companies - real people are affected too."

Waters said if the Galilee Basin was a country and all of its coal was burnt, it would be the seventh largest emitter of carbon pollution in the world.

“Queensland’s agriculture industry and Great Barrier Reef tourism are not only threatened by the on-the-ground impacts of mega coal mines and ports but also through extreme drought, ocean acidification, sea-level rise and coral bleaching,” she said.

“We live in one of the sunniest places in the world – we have job-rich clean energy alternatives that won’t cost our land, water, Great Barrier Reef or climate.”

The Labor Party sided with the Greens to vote against the motion. 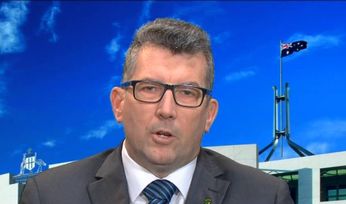 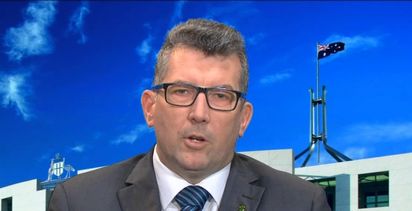