ENVIRONMENTAL groups have turned up the heat on a proposed expansion of the Port of Oakland’s coal export capacity at the Oakland Army Base Redevelopment project, filing a lawsuit to throw a spanner in the works.

The issue is that executives of Terminal Logistics Solutions – which has exclusive rights to the terminal, has secured $53 million in Utah funding to export coal to Asia through the site next to the Port of Oakland – don’t want a new environmental review.

The executives, including former Oakland port executive director Jeff Bridges, say that coal is a legal commodity to export under federal law; hence a new environmental review is unnecessary.

Environmentalists, of course, have a different view.

Earthjustice filed an action in Alameda County Superior Court last week on behalf of Communities for a Better Environment, activist group the Sierra Club and the Asian Pacific Environmental Network asking for a new California Environmental Quality Act review before the project continues.

They believe coal dust from the rail transport would affect communities in West Oakland that are already more susceptible to respiratory illnesses, and are also against any burning of fossil fuels anywhere as they believe it contributes to climate change.

The key to their call for a new review in the lawsuit is that coal was not included in the original proposal, according to their lawyers.

“Shipping coal through the bulk terminal would be devastating to the health of the West Oakland community and many other communities along the rail line," Earthjustice lawyer Irene Gutierrez said.

“The California Environmental Quality Act was meant to protect the public from being kept in the dark about what this new coal project means for their health, safety and environment.

“We seek to hold the city to its duties to inform and protect the public.” 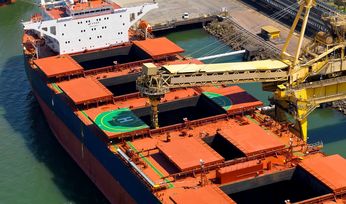 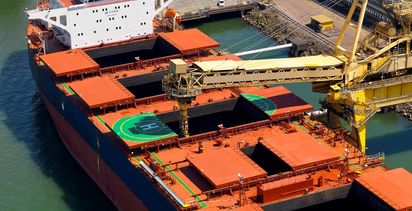