Hogsback explores the difference between cabbage and coal

PERSPECTIVE is something usually associated with art given one of its meanings being the ability to put an event in proportion to what’s going in the background so it’s little wonder that Hogsback found a recent newspaper article on cabbage and cauliflower sales to Korea packed with perspective.

Obviously cabbages and cauliflowers have absolutely nothing to do with coal, except they probably a part of a balanced diet for weight conscious miners.

So, you ask, what’s the link between cabbages, cauliflowers and coal? The answer is that one is a commodity of great value. The others are not.

Coal, despite its demonisation at a political level and in environmental chat-rooms is a material worth roughly $52 billion a year to the Australian economy.

As for cabbages and cauliflowers, well who on earth knows what the national cabbage and cauliflower crops are worth, though we do now know from a front-page report in The Australian newspaper that in the six months to July 1 a total of $724,000 worth of the vegetables were exported to Korea.

On an annual basis that means Australia’s exports of cabbage and cauliflower to Korea is valued at an interesting $1.44 million. Annual coal exports to Korea are worth around $5 billion.

There’s no point in working out silly percentage differences because even Blind Freddie and his dog can spot the difference, but there is a point in considering the cost to Australia if the demonisation of coal continues to the point where it starts to degrade the value of exports to Korea.

What the cabbage and cauliflower comparison has done is draw attention to the enormous gap between the value of the existing, world-class, mining industry to Australia and the possible future value of a bigger agricultural export industry.

In a way the contrast between coal and vegetables is a classic case study of a bird in the hand being worth two in the bush because with coal we’ve got it, and should nurture it, whereas the chances of a vegetable-led boom are not great, to say the very least.

The reason cabbages and cauliflowers were the chosen for an examination of the impact of free trade agreements is that they form part of Korea’s national dish, kimchi, a sort of fermented dish which can be spiced with chilli and is sometimes stored underground to keep cool in hot summer months.

Officially, the latest data on cabbage and cauliflower exports to Korea represent a remarkable 7944% increase on the first six months of 2014, a percentage which highlights the nonsense of calculating values off a small base.

It was rude of Hogsback to laugh as loudly as he did when he read the list of fast-growing exports because they do represent good news for people in rural areas and they are a positive sign that the Australian economy can manage its way through the mineral commodity price downturn.

Perhaps the country might enjoy a food and wine export bonanza to Asia, so long as it keeps on raining and other countries do not quickly snatch a bigger share of the regional food market because there’s another factor in the food export business that makes it a tough nut to crack and that’s call “barriers to entry”

What that economic term means is that some commodities, because of scarcity, quality, or price, have a high natural barrier which protects them from competition.

In the case of coal, either you have it or you do not (scarcity), and if you have it there is the question of is it any good (quality), and even then what will it cost to dig it up and deliver it to a customer (price).

Australian coal clears all the barriers. It is globally competitive, high quality and competitively priced.

That might also be the same with Australian cabbage destined for a bowl of kimchi in downturn Seoul, but there are plenty of farmers in California, South Africa, Chile and China (to mention a few cabbage-growing countries) which are able to meet demand if Korean farmers have a poor crop.

The point of this exploration in the difference between cabbage v coal is that coal is a real industry with a profitable past and a bright future. Cabbage too might have a bright future as an export product but it’s never going to rival coal.

Which just goes to show that coal in the hand is worth cabbage in the bush!

Life in the fast lane: Bruce Highway gets more 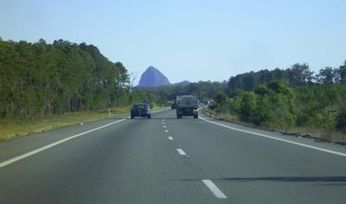 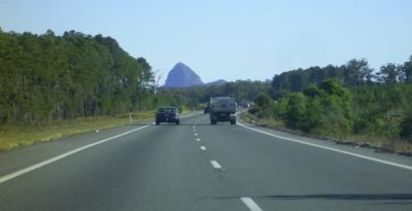