That is right about the time that Woodside Petroleum’s Browse floating LNG development would go online in the most optimistic of scenarios.

Final investment decision on Browse is due in the second half of 2016, though managing director Peter Coleman seemed to indicate last month that the joint venture partners would need to decide whether the current oil rout is part of a deeper structural shift or a short-term malaise.

This would then help inform their decision about whether the three-field development will go ahead at all, and how.

Producers need only look beyond traditional LNG markets like Japan, China and Korea to emerging markets in the Middle East, Africa and Southeast Asia as IIR estimates that two-thirds of global oil and gas spending – about $US1.3 trillion ($A1.82 billion) – is dedicated to gas only out to 2030.

“One of the biggest LNG takers, Japan, is now reconsidering firing up its nuclear power plants. It’s already started up one plant, but six or seven are still being debated as to whether they should be brought online,” Chohan said.

“That will reduce the volume of gas they will need over time. So the LNG producers, mainly in Australia, really need to be looking at these new markets.

“Where there has traditionally been a robust market in China, it’s actually tapering, so now they need to look at what other areas in the world that are looking for additional gas for industrial needs to power manufacturing needs.

“On the receiving side, more and more countries are looking to build billion-dollar regasification terminals to accept this new wave of LNG coming through.”

IIR estimates that approximately $53 billion is being invested in those new emerging LNG markets for regasification planned to kick off between now and 2021.

“Europe receives a lot of its gas from Russia, so is looking at diversifying and de-risking off of that Russian gas. So they’re either adding more regasification capacity or taking more shipments right now,” IIR’s global VP oil/gas and petroleum refining Chris Paschall also told Energy News.

“Then there are other parts of the world like Southeast Asia and Africa that are going through more urbanisation and trying to add more power generation into their assets, and a lot of that will be natural gas because it’s cheap, clean and easy to transport.

“Africa is in the early conceptual stages of their gas development, and not really anywhere near the commercial side yet.”

Chohan told Energy News that there would be a “tipping point” in terms of the supply-demand imbalance, and it is just seven years away.

“We’ll ramp up to a state where the market is in surplus, but come 2022 there will be more demand growth of LNG available, so there’s still a bright light at the end of the tunnel,” Chohan said.

“If you look at the LNG landed prices – how much the customer pays – back in 2014 Japan was paying $US15/million British thermal units. Today that landed price for LNG is slightly above $7.

“Folks who have been building their projects on high crude projects and very firm LNG prices are now really having to take another look at the viability of their cost model for the project at the moment.

“But regardless of that, they need to decide on a project by project basis to continue with the project with the knowledge that there will be demand, or do they go back and re-look at the contracts that they’ve already agreed?”

Paschall also told Energy News at the Australasian Oil & Gas Expo in Perth last week that companies would need to start construction by 2019 or thereabouts, so they’re up and running by 2022-23.

There was an observation buried in Woodside’s 2014 annual report which said that, based on industry forecasts at the time, the oil price crisis could result in a short-fall in LNG production from 2022 as new projects were delayed, putting upward pressure on long-term LNG prices.

The good news is that Yuji Kakami, president of one of Asia’s prominent energy investment and fuel buying groups, JERA, believes the region is in for a more fluid LNG pricing market over the next decade – and that means prices not being so reliant on oil prices.

Kakami, who will deliver an overview of the trends in LNG spot price markets and the structural impacts that those trends will have at LNG18 in Perth next month, said the greater supply volumes would generate a gradual move away from long-term contracts to shorter and mid-term agreements.

It will also lead to a further rise in the current upwards trend for spot cargo purchases, he said.

“This poses a dilemma for current LNG suppliers whose returns are under pressure because of the sustained slump in oil prices,” he said.

Kakami will also tell LNG 18 delegates why he believes that a specific Asian LNG pricing market will have emerged in 10 years’ time that has measureable liquidity and whose transactions within that market environment, regardless of scale or stakeholder interests, are transparent in their pricing.

This is completely in line with the Singapore Exchange’s push for LNG prices to delink from deteriorating oil prices, as it also recently launched its own FOB Singapore SGX LNG Index Group, or SLInG, with Energy Market Company last October.

JERA has contracted LNG volumes on its trading books presently of around 40 million tonnes per annum. 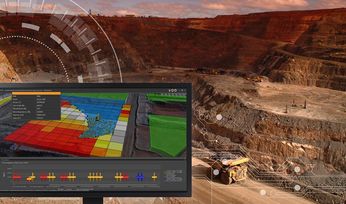 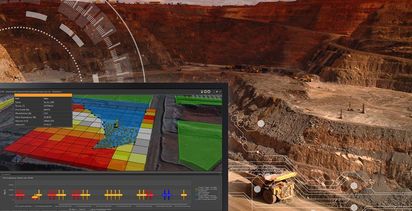