Santos reshuffles its board amid controversy

SANTOS’ renewal has continued with the naming of two new directors – a former Pizza Hut chief concept officer and a Shell career man – just as it was blamed for the collapse of major Brisbane-based LNG contractor Lean Field Developments.

Santos chairman Peter Coates has announced that Peter Hearl, a Telstra Corporation director and former ExxonMobil executive with the pizza experience, and UGL director and Queensland Sugars chairman Guy Cowan, who spent 25 years at UK supermajor Shell, were being added to the board.

They replace Ken Dean and Jane Hemstritch, who will retire at the end of the company’s 2016 AGM on May 4.

The corporate experience of the new pair, who will both be appointed to the Adelaide-headquartered oiler’s audit and risk committee, is varied, to say the least.

Hearl, who is on Telstra’s nominations and remunerations committees and is a director of Treasury Wine Estates, where he is also on the audit and risk committee, has more than 30 years of experience in operating and development roles.

He started his oil and gas career with an 18 year stint at ExxonMobil’s Esso Australia, and left in 1990 to join the food and beverage industry, where he held senior roles with PepsiCo and Yum! Brands, including as the latter’s chief operating and development officer from 2006 to 2008 and as president and chief concept officer of Pizza Hut division from 2002 to 2006.

Cowan, who chairs UGL’s health, safety and environment committee and is on its audit and risk committee, was a previously a Shell-appointed alternate director of Woodside from 1992 to 1995.

He has spent more than three decades in international commercial and finance roles, including as Shell’s US chief financial officer and director from 2003 to 2005 and Shell’s Nigeria CFO and commercial director for three years before that.

He was also CFO of New Zealand dairy concern Fonterra Co-operative Group from 2005 to 2009.

Last week, Adelaide’s local newspaper The Advertiser reported that Queensland’s LFD went into liquidation earlier this year with Deloitte appointed as administrator after the contractor completed roughly 98% of the scheduled work on Santos’ Gladstone LNG gas gathering project near Roma.

A former LFD executive blamed the company’s collapse on delays and a change in payment terms by Santos, which reportedly owed the contractor more than $9.6 million.

The unnamed executive said Santos owed creditors $7.2 million by the end of December, and had paid LFD $24 million, while the contractor had paid out $28 million to the subcontractors.

“We did not get paid for work in January and February,” the anonymous executive said.

“Santos informed Lean Field Developments that they could not pay LFD on the same terms as they had been doing, as they could not instigate a cash call for the amount owing.”

Santos reportedly returned a completion bond before the contract was completed to LFD worth $2.2 million and offered to meet with the contractor’s bankers.

A Santos spokesperson told Energy News that while the company rejects the claims made by the liquidator and LFD, a process is underway to determine any money owed.

At the conclusion of that process, if there is any money owed by Santos to Lean Field Developments, that money will be paid into court and distributed in accordance with the Subcontractors Charges Act, the spokesperson said.

The legislation allows subcontractors who were not paid by LFD to make claims against the liquidators.

While Santos rejects claims that any money is owed, even if it were owing that still leaves LFD in significant debt, Energy News understands. 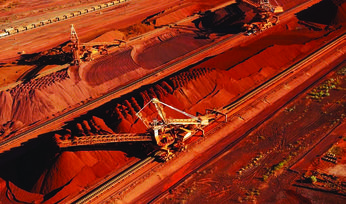 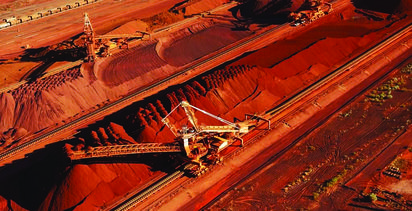