SOLAR energy is now cheaper to generate than coal, but that seems unlikely to be a black mark against the chances of the controversial Carmichael coal mine in Queensland going ahead, at least according to India’s energy minister Piyush Goyal.

Speaking at the release of a 15-point action plan for the country's renewable sector, Goyal said he was now considering looking at incentives to help rapidly develop the nation’s solar sector.

"I think a new coal plant would give you costlier power than a solar plant," he said.

"Of course there are challenges of 24/7 power. We accept all of that – but we have been able to come up with a solar-based long term vision that is not subsidy based."

In the past financial year, nearly 20 gigawatts of solar capacity has been approved by the emerging nation’s government, with a further 14GW planned through 2016, however India is among the handful of nations that is increasing its coal consumption.

Speaking at LNG18 recently, Woodside Petroleum boss Peter Coleman said big gas companies may need to get involved in the midstream and downstream areas of gas distribution, and not simply drop the gas off at the regasification plant if gas is to displace cheaper, dirtier coal.

Deutsche Bank, which said in a report last year solar investment would overtake coal by 2020, found costs have fallen 60% in the past four years and could drop a further 40%.

Goyal has also pledged that India is willing to help developing countries in Asia, Africa and the Pacific to develop clean energy plans free of charge.

The Delhi government would “supply expertise” to any poor country that needed help, promising it would “never charge a single rupee”

“I sincerely believe that what the West is doing in this respect is anti-development and anti the fight against climate change,” Goyal said, accusing rich countries of charging too much for clean technology.

The World Trade Organisation recently incurred the anger of the Modi government when it ruled India was illegally supporting domestic over international solar producers.

Goyal told his audience that India could lead the world in clean energy.

He is in New York this week for the signing of the Paris Agreement on climate change.

India is the world’s fourth biggest emitter after China, the US and EU.

Goyal’s 15-point plan was described as “a game changing report which will set up unparalleled benchmarks in the world”.

India has set an ambitious target of achieving 175GW of renewable generation capacity, and is working with its utilities to achieve that goal.

It also wants to become a 100% electric vehicle nation by 2030, and the government is working on a scheme to provide electric cars on no down payment for which people can pay out of their savings on the fossil fuels they would otherwise consume.

But there are around 50 million homes in India that don’t have access to electricity, so clearly the Indian government has a lot on its plate if it wants to scale up the nation’s energy infrastructure to support those homes and potentially millions of electric vehicles.

Adani claims it has insurance for Carmichael locked-in 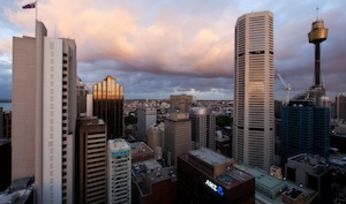 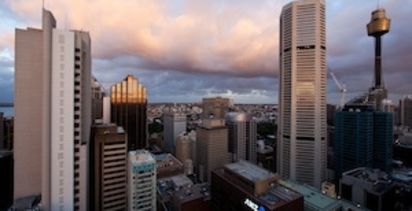