A PROGRAM to help women develop their careers in the Queensland resources sector kicks off in Brisbane today.

The Women In Resources Mentoring Program is to be launched tonight by BHP Billiton asset president Rag Udd and Queensland Minister for Small Business Leanne Enoch.

More than 40 participants from throughout Queensland will meet their mentors at the event.

They come from as far afield as Mount Isa and the Central Queensland coal fields.

BHPB is a foundation partner for the program, which will continue through to 2019.

The company has also provided scholarships to aid participation by women in rural or remote regions, indigenous women and recent graduates.

It follows a successful pilot program that finished last year and was funded through a state government grant.

“The mentoring program is an outstanding opportunity for women in our sector to be connected with a high-level mentor to help them achieve their career goals,” QRC chief executive Michael Roche said.

“Mentoring is a key strategy to helping women progress their careers in our resources sector.

“Since 2006 QRC members have been striving to even up the gender balance in our sector through our Women in Resources Action Plan, which has seen the proportion of women in non-traditional roles such as engineering, trades, geology and senior management increase from 65 in 2006 to 13.3% in 2014-15.”

Besides BHP Billiton and the Queensland government, which are foundation sponsors, Idemitsu and Glencore are bronze sponsors of the program and Rio Tinto, Glencore, Idemitsu and Senex Energy are scholarship sponsors.

Udd said he had no doubt the mentoring program would help more women into the executive suite based on the high calibre male and female mentors who had volunteered for the program.

“A workforce with people from diverse backgrounds, including a better gender balance, is critical to supplying the workforce of the future,” he said.

Aqura has also secured a 12-month extension to the master services agreement with BHP. 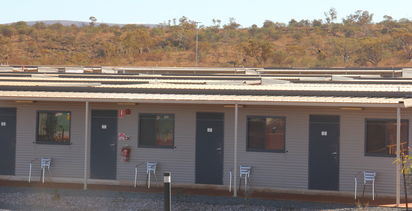