THE New South Wales Department of Planning and Environment has wholly supported an independent expert panel’s recommendations on an extraction plan for Centennial Coal’s Springvale Coal Mine Extension Project near Lithgow. 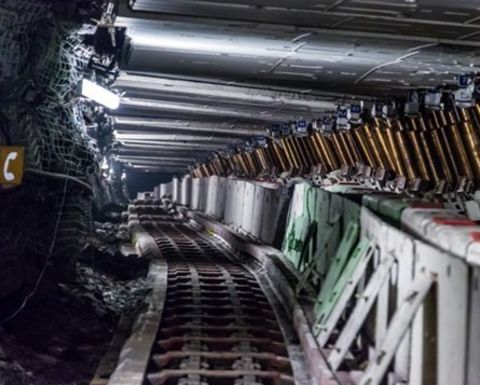 Chocks at the Springvale face.

The Planning Assessment Commission approved the extension project in 2015 with a suite of strict conditions, including the requirement for an Independent Monitoring Panel to provide advice to the Department on the mine’s Extraction Plan for Longwall 419.

Advice from the independent panel has been received and accepted by the department, which has subsequently assessed and approved Centennial Coal’s extraction plan, attaching strict conditions for the mining company to follow.

The department has required the mining company to strengthen its swamp monitoring network through a range of measures, including drilling additional monitoring boreholes at a number of swamps, and installing swamp soil moisture monitoring systems to track whether mining impacts are remaining within the strict performance measures in the consent.

The department has also required the mining company to lodge another $2 million offset bond, in addition to the $2 million bond already lodged, to cover any potential impacts to swamps.

Centennial gained approval by the Planning Assessment Commission last September to extend the operations of the Springvale coal mine for another 13 years after receiving backing by the Planning Ministry.

The longwall mine is planned to produce as much as 4.5 million tonnes of coal a year from 20 new panels.

Environmentalists claim untreated waste water will continue to be discharged into the Coxs River, part of the Hawkesbury-Nepean catchment in the Central Tablelands, Blue Mountains and Macarthur regions of NSW.

Centennial Coal spokeswoman Katie Brassil said: “Over the past five years Springvale mine has been through a rigorous and exhaustive assessment process to secure an approval to allow Springvale (an existing mine) to continue to operate.

“Centennial Coal is confident all issues were addressed during the extensive assessment process and after fighting to obtain our approval will fight to retain it.”

New Cobar has been deemed a state significant development by the NSW government. 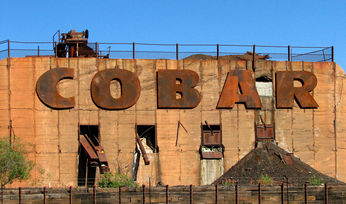