Ahead of the curve

AUSTRALIAN red and green tape is ahead of the curve when it comes to carbon capture and storage technology.

It is regulation that has proven one of the biggest stumbling blocks to developing CCS technology.

Significant gaps in regulation and legal frameworks, along with the high costs of deployment and concerns over long-term storage and leakage, are the key barriers for CCS development at the moment, according to a report from ASDReports.

The consultancy said the existing barriers were complicated further by a “distinct lack of a marketplace” for the captured carbon dioxide as emissions legislation was too weak and carbon prices were too low to incentivise a transition to CCS.

This has resulted in project cancellations and delays worldwide.

Meanwhile research from HWL Ebsworth partner Dr Meredith Gibbs conducted over the first half of this year revealed Australian and Japanese regulators had covered the most ground on developing effective enforcement regimes within their CCS-specific regulatory frameworks, under which the projects may be progressed.

Gibbs conducted the research for the Global CCS Institute as part of her Asia Pacific Fellowship with the institute.

Gibbs said the two Australian regimes, the Australian offshore and the Victorian onshore regimes, were “very well developed”, as each gave the basis for an effective enforcement regime for the underground storage of CO2.

“There is an extremely high level of detail included in all aspects of each of the regimes, which include detailed regulations and subordinate instruments, as well as extensive enforcement powers and a variety of enforcement tools,” she said.

“While aspects of the allocation of roles and responsibilities for enforcement could be improved, given that there are so few CCS projects in Australia there is little incentive or need for agencies to devote any resources to this at this point in time.”

In February, CCS Institute CEO Brad Page said: “much more work needs to be done to ensure efficient legislation is in place to facilitate CCS deployment”

Elsewhere in APAC, the study found that while China and Malaysia had a strong foundation of relevant environmental and energy legislation, there was still plenty of scope to further develop their CCS-specific legislation to help accelerate the deployment of domestic CCS projects.

The institute’s acting global lead – policy, legal & regulation Ian Havercroft, said the findings were particularly relevant for informing development of legislation in those countries where CCS is identified as a vital part of the low-carbon technology mix.

While communities around the world wanted assurances from governments that CCS was safe and reliable, project stakeholders also needed certainty about their obligations and the regulatory environment in which a project would be undertaken and operated, he said.

“Likewise, regulators are looking for clear delineation of their responsibilities as they relate to CCS projects, and the powers available to them to ensure compliance by project operators,” Havercroft said.

Availability of safe, secure geological storage is an essential precursor for successful deployment of CCS, regardless of the source of emissions.

CCS research and development is a hive of activity at the moment, particularly given the commitments made at the Paris Climate Conference which are giving a new impetus to the development of the technology.

ASDReports said the CCS market would be worth $US3.338 billion this year as the multiplication of cap-and-trade schemes in several countries, including China, and the rising demand for CO2 enhanced hydrocarbon recovery would “transform” the economics behind CCS projects.

“As CCS technology becomes less and less reliant on direct public funding, substantial growth will be seen in North America, Australia, China, as well as parts of Europe, the Middle East and Brazil,” it said.

“However, more effective legislation, large-scale integrated demonstration projects, increased funding opportunities and a higher carbon tax will still be required for the CCS market to reach its full potential."

Leaching ahead of the production curve on cells 1 and 2. 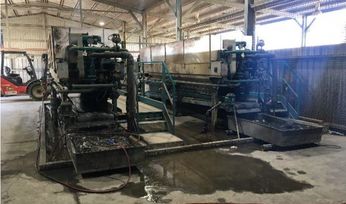 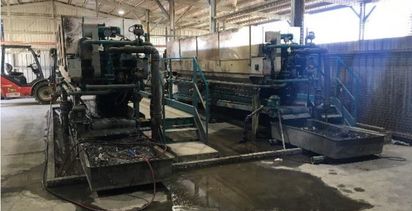