Clean up your act

“CLEAN up your act” is advice that means different things to different people, as Hogsback observed this week with China and BHP Billiton going about “act cleaning” in their own particular ways.

BHP’s idea of act cleaning in its coal divisions is to cut costs, close mines, sack people and mothball most (if not all) investment plans.

China’s idea is to crack down on dirty coal by proposing regulations that will limit the use of coal with high ash and sulphur content.

For the Australian coal industry the difference is fascinating because one approach is good news, the other not so good.

For this exercise BHP is the bad boy, with the company’s senior management spending much of the past week spelling out the grim outlook for its coal division and the coal price.

China, unusually, is the good boy because if it proceeds with its regulations it is possible there will be increased demand for high-quality, low-polluting Australian coal.

It should be able to displace high ash and sulphur material exported by Indonesia, the US and Vietnam.

Before the good news it is worth a look at what BHP’s management team has been telling investment analysts over the past few days, starting with a blunt warning from the company’s coal president Dean Dalla Valle that while costs have been reduced there are more cuts on the way.

According to research reports written by analysts on a whistle-stop tour of BHP’s Queensland coal operations – and largely confirmed in the formal presentation lodged at the stock exchange yesterday, the plan is to reclaim lost productivity and cement BHP’s position as the world’s number one supplier of metallurgical coal.

That aim will be achieved by using every trick in the management book with the first results of cost cutting and project deferrals showing up in the removal $800 million in annual costs.

The ongoing attack will make life even tougher on contractors and service providers, as well as exploration crews and the business development division – because the aim is not to develop the business, it is to save the business.

“Assets must earn their right to remain in the portfolio,” Dalla Valle was reported to have said, though The Hog suspects he was merely parroting a dot point from an advisory report written for BHP Billiton by a management consultancy such as McKinsey & Co.

In some ways what BHP said this week was already well understood in the coal world, including a warning from its coal marketing chief and former stockbroker Vicky Binns that the world is “comfortably” supplied with coal.

That is code for don’t expect a price rise soon.

The spot price for metallurgical coal is around $US140 a tonne, well below the contract price of $US172/t.

The increasing use of electric arc furnaces to produce steel in China means demand for steelmaking coal will not be strong for some time.

To survive in a business with zero customer demand growth means BHP has no choice other than to strip its business back to basics.

That will involve extracting as many costs as possible while also streamlining operations with the maximum use of automation and computer-controlled mining, processing and shipping.

Over time – and this will be the painful bit – the costs will come out, or the mines will close.

It will come down to that choice and even militant unionists will eventually recognise that their pay rise could be someone else’s job – and potentially their own.

In China, the clean-up is far more interesting for the coal-mining industry with reports from the country suggesting its energy administration agency is drafting a fresh set of rules that will significantly tighten the quality of coal to be used for power generation.

One of the main aims of the rules is a requirement that imported coal have a calorific value of more than 4544 kilocalories per kilogram and less than 25% ash and 1% sulphur.

The changes are said to be a protection measure for local Chinese mines.

A secondary effect though could be that some of the coal exported by Indonesia and other countries will not clear the cleaner-coal rules, whereas most Australian coal will.

The question is whether the proposed rules will (a) be introduced and (b) be enforced because if they are then Australian coal companies could be in line for an unexpected (and unintended) bonus. 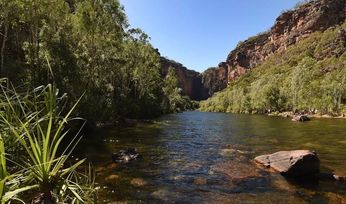 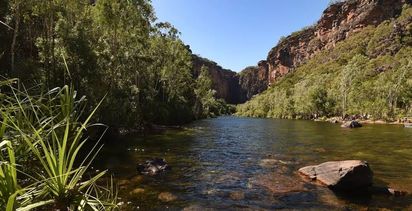