THE Nardell colliery near Singleton in New South Wales – which was on the market only a few months back in March - was officially opened last week.

NSW Mineral Resources Minister Eddie Obeid, who opened the Hunter Valley mine, said it would create up to 55 jobs and inject up to $35 million a year into the local community.

"Nardell colliery is good news for the Hunter community because it provides new jobs and supports local businesses," Obeid said.

"It's estimated the new mine has sufficient coal reserves [235 million tonnes] to operate for almost 40 years and it's anticipated it will be capable of producing up to 1.2 million tonnes of coal per year."

Nardell produces high-grade semi-soft metallurgical coal, which is much sought after by Asian steel mills.

Managing director Paul Jury said the mine had agreements in place with several Asian steel mills, with the first shipment of semi-soft coking coal leaving for Taiwan in July.

Nardell will also supply a domestic contract to Macquarie Generation in the Hunter.

Four roadways are being mined along a 1.15km corridor in an area not suitable for longwall mining. An 18m fault will be intersected within months, at which time mining will be relocated below the fault and another pit bottom established.

The main body of the lease lies to the north-west and is believed to be amenable to longwall mining. Recoverable resources measure over 200 million tonnes.

Riordan said the operation could be rapidly converted to longwall mining with a suitable injection of capital. The long-term plan is to access reserves beneath the now closed Ravensworth open cut mine and introduce longwall equipment, but the current owners are not willing to progress this at present.

"We hear a lot about consolidation in the coal industry, however we believe that there continues to be a role for small, independent, low-cost producers such as Nardell to compete successfully in today's global coal market," Jury said. 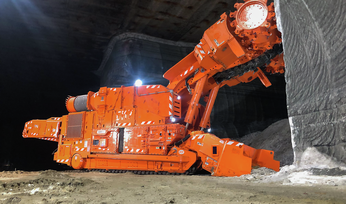 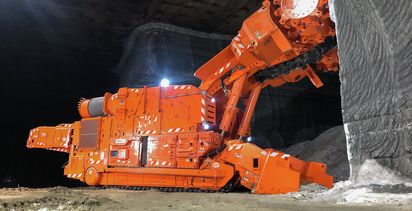